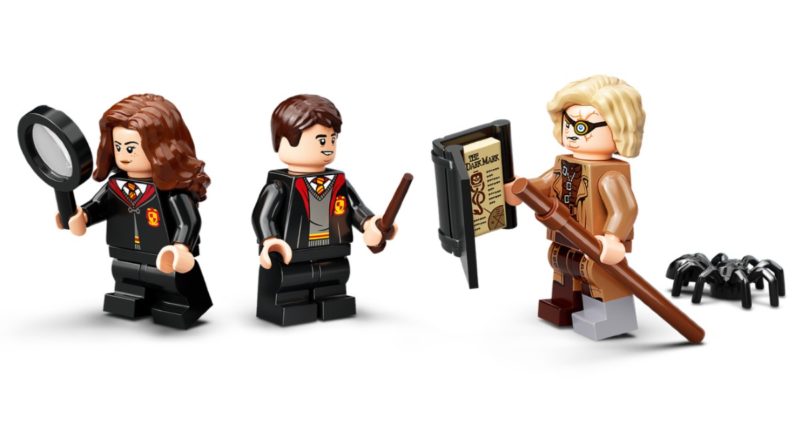 As part of the March wave of LEGO Harry Potter models, two more Hogwarts Moment builds will launch in the form of 76396 Hogwarts Moment: Divination Class and 76397 Hogwarts Moment: Defence Class, both of which come with an exclusive minifigure, with notable changes between them to past LEGO iterations of the characters.

Comparing the new minifigures of Professor Trelawney and Mad-Eye Moody to their initial appearance in 71022 Harry Potter Collectible Minifigures, there are a few updates both obvious and subtle between them:

Professor Sybill Trelawney is the teacher of Divination at Hogwarts and first appeared in the first LEGO Harry Potter Collectible Minifigures Series. The older minifigure is presented on the left of the gallery above with the new version featured in 76396 Hogwarts Moment: Divination Class on the right.

She is wearing a fresh outfit in the updated minifigure without the larger dress element and with an added longer waistcoat. The exclusive hair and headband element remains with the same design, but the face has a changed print featuring a closed mouth. The first minifigure featured no second face, but it’s not yet known if the newer version will given that it has a different design.

The updates to the Mad-Eye Moody minifigure may be harder to spot than those of Professor Trelawney’s brick-built iteration. As the Professor of Defence against the Dark Arts at Hogwarts and a skilled enforcer in keeping the world of wizards and witches safe, Alastor Moody’s first minifigure saw clothes of brown, grey and blue used to represent the character. However, the new minifigure uses only shades of brown for the clothing, as well as a hint of grey to distinguish his wooden leg.

The face print also features a more exaggerated scowl than before, with one eye partially closed as it stares at what is likely a misbehaving witch or wizard. An extra face design and hair element are also included to reveal the true form of Barty Crouch Jr, with his head being just as it was in the Collectible Minifigures Series.

You can find both minifigures in the new LEGO Harry Potter sets launching on March 1, which you can read all about in our initial report.