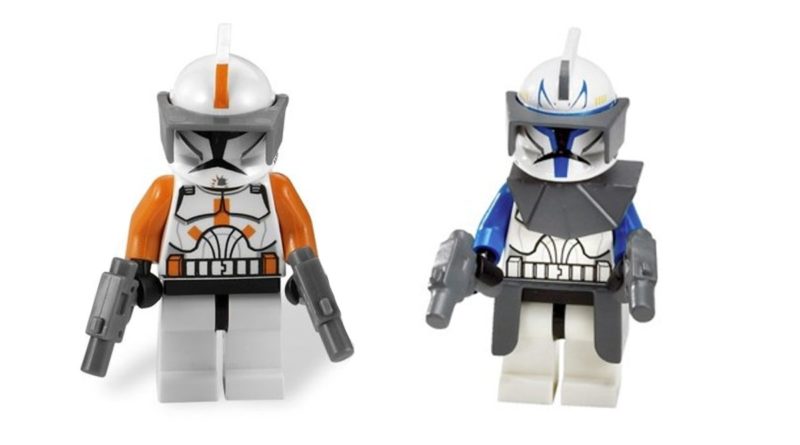 More rumoured details for the LEGO Star Wars accessory sets have surfaced, suggesting that Captain Rex and Commander Cody will be included.

Lego_fulcrum is reporting that the previously rumoured Clone Trooper accessory pack will probably feature minifigures of Star Wars: The Clone Wars characters Captain Rex and Commander Cody. The former last appeared in a set in his phase one armour in 7869 Battle for Geonosis from 2011 and Commander Cody was last seen in 7959 Geonosian Starfighter from 2011.

Captain Rex features blue stripes and markings on the armour and is frequently seen with a pauldron throughout the series. The latter replaces the blue with orange and uses a visor over the top of his helmet.

With at least 10 years difference between each of the minifigures and these potentially new, but still rumoured, versions they may make the reported Clone Trooper accessory pack a popular pick on the official online store should it launch on January 1, 2022, as has been said previously.

The Instagram user mentions no other details for the minifigures, other than that they believe these to be in their phase one armour sets rather than the second phase that was introduced towards the end of The Clone Wars.

The rumoured Clone Trooper accessory set may be joining a Rebel Trooper variant on shelves next year, with other reported models including a Dark Trooper battle pack and helmet.