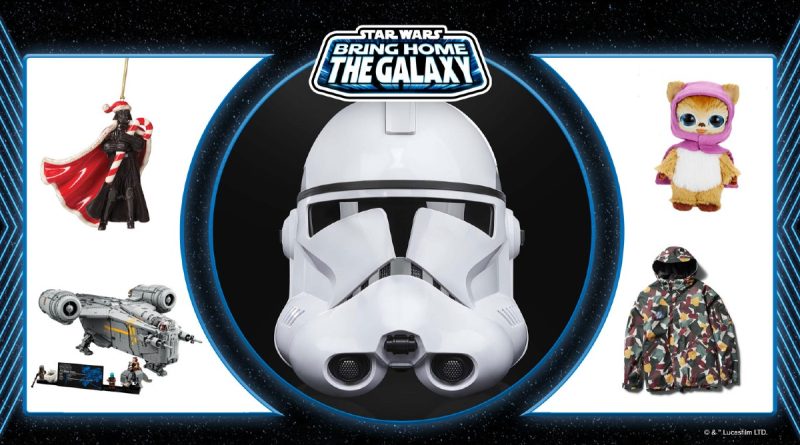 A new Star Wars marketing campaign has been announced, naming LEGO as one of its featured brands, with past campaigns including set reveals.

Much like Mando Mondays , Bring Home the Bounty and Obi-Wan Wednesdays, a new campaign highlighting products based on a galaxy far, far away has begun, but it’s not specifically tied to Andor, the latest Disney+ series for Star Wars.

Titled Bring Home the Galaxy, the entire saga, including the movies and shows, is being highlighted with items to buy in this latest campaign.

However, one line in the announcement suggests that LEGO Star Wars reveals may not be quite as present as previous campaigns, noting, ‘with some items available for pre-order and others already on shelves.’

Showcases of LEGO Star Wars sets may be more common than reveals in this campaign. In the first week of the nine-week showcase, there is only one reveal and the LEGO Group’s portion of the weekly highlights is dedicated to 75331 The Razor Crest.

However, in the three previous campaigns, sets that have been revealed include 75322 Hoth AT-ST, 75325 The Mandalorian’s N-1 Starfighter, 75299 Trouble on Tatooine in full a few days after its initial reveal, 75334 Obi-Wan Kenobi vs. Darth Vader and 75333 Obi-Wan Kenobi’s Jedi Starfighter so there is precedent for reveals during these campaigns.

Bring Home the Galaxy continues weekly every Tuesday until December 13, so keep a look out in case this latest showcase leads to a LEGO Star Wars reveal.