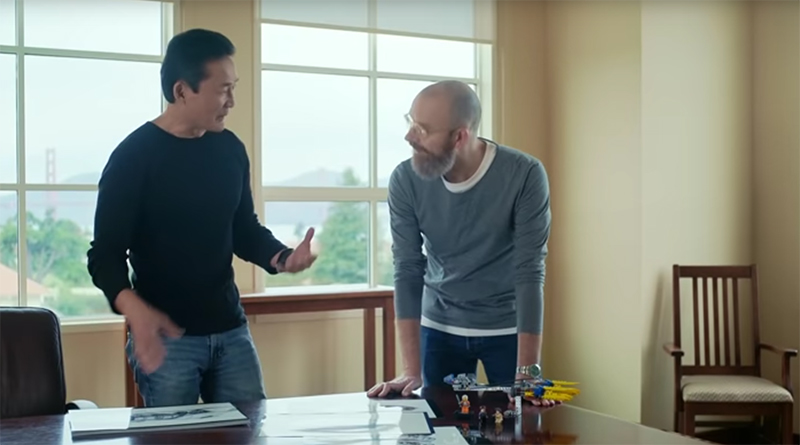 With the new LEGO Star Wars 20th anniversary sets recently released around the world, the LEGO Group has released a video that sees two design experts meet and discuss their work. LEGO Star Wars Creative Director and Design Lead Jens Kronvold Frederiksen heads to the Lucasfilm headquarters in San Francisco to meet Vice President and Creative Director Doug Chiang, where they take a look a how Chiang originally designed the podracer, and how Jens updated its look for 75258 Anakin’s Podracer – 20th Anniversary Edition.

Jens then strolls the halls of Lucasfilm, finding places to show off the new sets that his team has designed. Highlights include the design guru taking a look at the Han Solo minifigure next to a real Han Solo blaster prop.

The five sets that make up the commemorative range are: