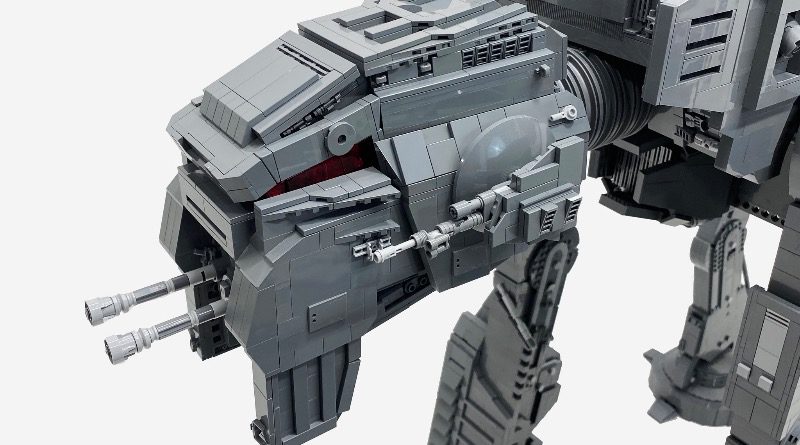 The director of Star Wars: The Last Jedi has shared his admiration for an enormous LEGO First Order build based on his instalment in the Skywalker Saga.

Rebel Builder’s minifigure-scale AT-M6 walker (or 75189 First Order Heavy Assault Walker) stands an impressive 33 inches tall, and looks just as menacing in bricks as it did striding across the salt plains of Crait in Star Wars: The Last Jedi.

It’s also captured the attention of the production designer responsible for the concept of the ‘Gorilla Walker’, Kevin Jenkins, who described it as a ‘fantastic recreation’ – and pointed it in the direction of Rian Johnson, who helmed the middle chapter in the Star Wars sequel trilogy.

Rian was equally wowed by the massive model, tweeting: “Amazing. I want one.”

“Thank you sir!” Rebel Builder responded. “You are probably the one guy (or [Kevin Jenkins]) that could get me to build another one. I’m honoured that you would take the time to check it out, and thank you for deciding The Last Jedi needed a new walker!”

You can take a closer look at the AT-M6 – and how it stacks up next to the official LEGO version, which looks positively pint-sized standing alongside it – by hitting play on the video above.