Lucasfilm has announced the cast of Star Wars: Episode IX, which begins filming in London on August 1.

An official announcement from Lucasfilm confirms the cast of Star Wars: Episode IX, revealing that as well as re-introducing Billy Dee Williams, the film will see Mark Hamill return despite his character’s death at the end of The Last Jedi. Speculation can now continue as to whether Luke Skywalker will be back as a Force ghost or if he will demonstrate even more impressive Force prowess.

Leia Organa will appear in the movie, using footage that the late Carrie Fisher shot for The Force Awakens ahead of its 2015 release. “We desperately loved Carrie Fisher,” said director J.J. Abrams in a statement. “Finding a truly satisfying conclusion to the Skywalker saga without her eluded us. We were never going to recast, or use a CG character. With the support and blessing from her daughter, Billie, we have found a way to honor Carrie’s legacy and role as Leia in Episode IX by using unseen footage we shot together in Episode VII.”

How this is possible will be the subject of much scrutiny, as the unused footage for The Force Awakens will likely require significant work to fit in with the Episode IX story. Significant digital trickery could be the solution to altered dialogue and incorporating the character into new scenes, despite the Disney era films claiming to predominantly use “practical effects”.

As well as the big announcement that Hamill and Fisher will be both be in the new movie, the statement also refers to Episode IX as “the final installment of the Skywalker saga”, suggesting that Episode X and beyond are not currently on the cards. The word “final” has been used before in the context of Star Wars before, with Revenge of the Sith once set to be the final saga movie, but for the foreseeable future it seems that IX will be the end.

Star Wars: Episode IX is scheduled to be released on December 20, 2019. The current LEGO Star Wars sets are available now at shop.LEGO.com.

END_OF_DOCUMENT_TOKEN_TO_BE_REPLACED 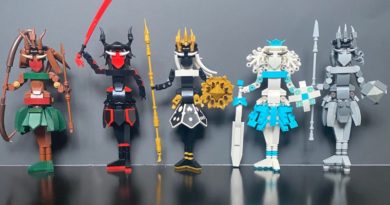 Brick Pic of the Day
April 15, 2021 Chris Wharfe No comments

END_OF_DOCUMENT_TOKEN_TO_BE_REPLACED

If you can’t make it to Denmark anytime soon, the LEGO House is offering another set . . .

END_OF_DOCUMENT_TOKEN_TO_BE_REPLACED

LEGO Ideas is on the hunt for the next Minecraft as the team may be searching . . .

END_OF_DOCUMENT_TOKEN_TO_BE_REPLACED

The LEGO House team has confirmed when Billund’s premier LEGO attraction will reopen its doors, following . . .

END_OF_DOCUMENT_TOKEN_TO_BE_REPLACED

The LEGO Group has published summaries and full transcripts for the entire first season of the . . .

END_OF_DOCUMENT_TOKEN_TO_BE_REPLACED 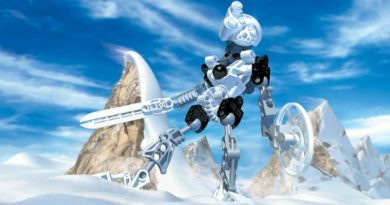 The team behind the Bits N’ Bricks podcast has confirmed that the series will continue later . . .