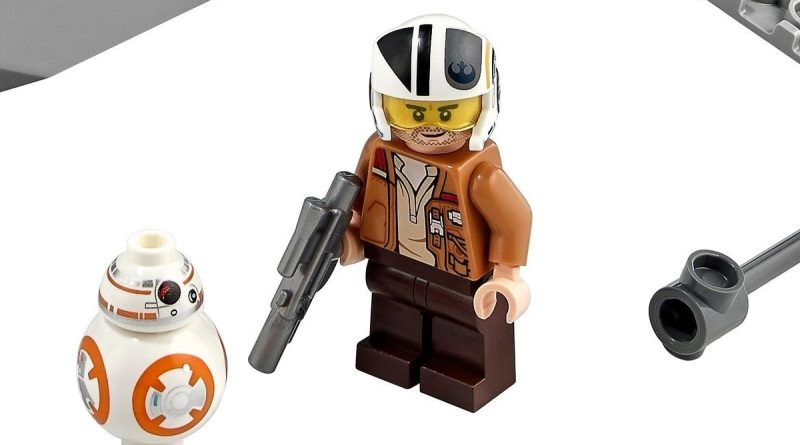 Oscar Isaac – who played pilot Poe Dameron in the Star Wars movies – is open to returning to the franchise, with new LEGO sets hopefully joining him.

The Star Wars sequel trilogy has proven a divisive chapter in the history of the franchise. Despite (or perhaps because of) years of anticipation it fell short of many expectations, with the films hitting familiar plot beats instead of exploring new ideas. Cast members like John Boyega also had harsh words for their treatment during the filming process.

That said, at least one of the new characters seems open to reprising their role. In a recent interview with SiriusXM, Oscar Isaac mused what a return to Star Wars could look like.

“I’m open to any good story. Time is the one thing that becomes challenging… as you get older and kids and all that. Where do [movies] fit in?

“If there was a great story and a great director and [Lucasfilm president] Kathy [Kennedy] came to me and was like, ‘I have this great idea,’ then I’m so open to it.”

Oscar Isaac has certainly gone from strength to strength since Star Wars ended. He’s appeared in Dune – another sci-fi epic – and made a name for himself as a man of many faces in Marvel’s Moon Knight TV show. Even so, Poe Dameron may remain one of his most famous (and endearing) roles, and many a Star Wars fan would be happy to see him return.

Of course, it’s unclear if that would happen any time soon. After The Rise of Skywalker Disney has chosen to focus on earlier eras in the Star Wars universe, with Obi-Wan Kenobi bridging a gap between Revenge of the Sith and A New Hope. It seems likely that the company will continue to look backwards rather than forwards in that regard.

Either way, LEGO fans have plenty of Poe Dameron minifigures to choose from. The character appeared in LEGO form on 11 separate occasions in LEGO sets, with a variety of different outfits modelled. You can currently find the pilot in 75297 Resistance X-Wing, although the set’s simple design may not be terribly attractive.

With luck, Poe Dameron (and his fellow sequel trilogy cast members) will reappear in a bigger LEGO set going forward, even if the actors themselves don’t.