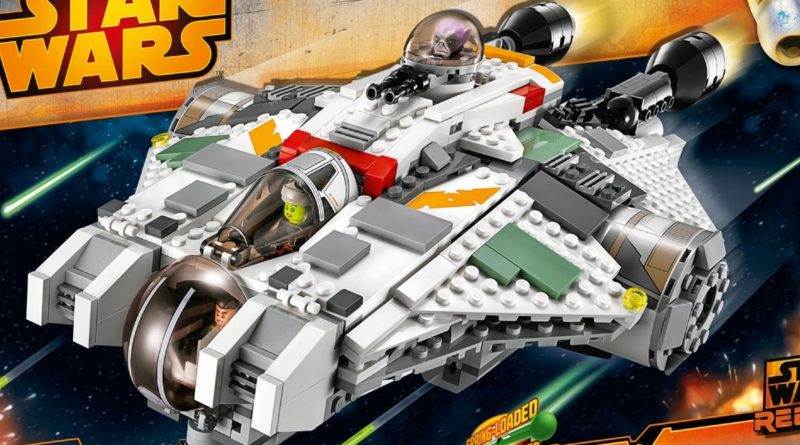 Rosario Dawson has confirmed that a Star Wars: Rebels ship will return in Ahsoka, which may affect the aftermarket price of 75053 The Ghost.

Speaking to Steele Wars Podcast at Star Wars Celebration 2022, Rosario Dawson spoke about her experience seeing and interacting with the ship from the animated series in live-action.

This fact was already confirmed at the Mando+ panel. However, the mention of filming on physical sets recreating the interior of the ship might suggest that the Ghost will play a part in more than just the scene showcased at Star Wars Celebration.

Provided this speculation is accurate, it might be a reason for the LEGO Star Wars design team to make another model for the ship. The original creation from 2014 is currently available for anywhere between £200 and £800 on BrickLink, a high price compared to the original £69.99 for 75053 The Ghost.

An updated depiction of the Ghost based on how it appears in Ahsoka could cause the 2014 model to drop in price on the secondary market. The series has been confirmed to include Sabine Wren, Hera and Chopper, but there has been no mention of the other surviving members of the team from the animated series just yet.