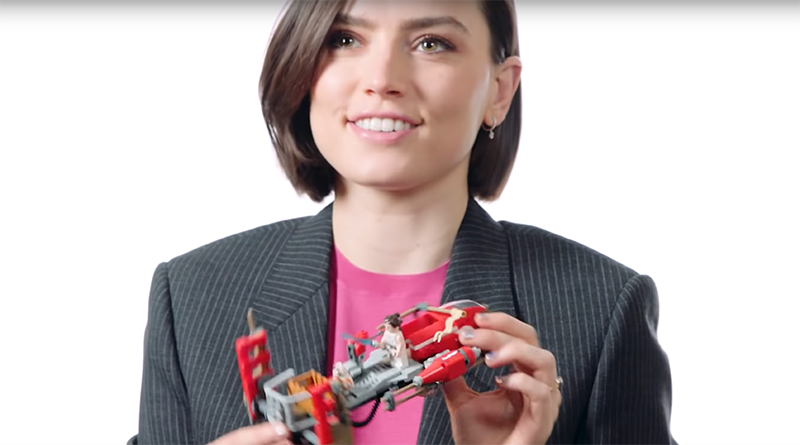 During her promotional duties on Star Wars: The Rise of Skywalker, Daisy Ridley has built LEGO 75250 Pasadana Speeder Chase while answering questions.

Two years ago, Star Wars actor Daisy Ridley – who reprises her role of Rey in Star Wars: The Rise of Skywalker – built LEGO 71505 Millennium Falcon while answering questions for Elle. Now, she is back to answer questions about her work on the latest film whilst building 75250 Pasaana Speeder Chase.

Brick Fanatics has reviewed 75250 Pasaana Speeder Chase and published instructions for putting together a micro-version of the vehicle. Daisy Ridley first took a look at the set during a product preview in October.