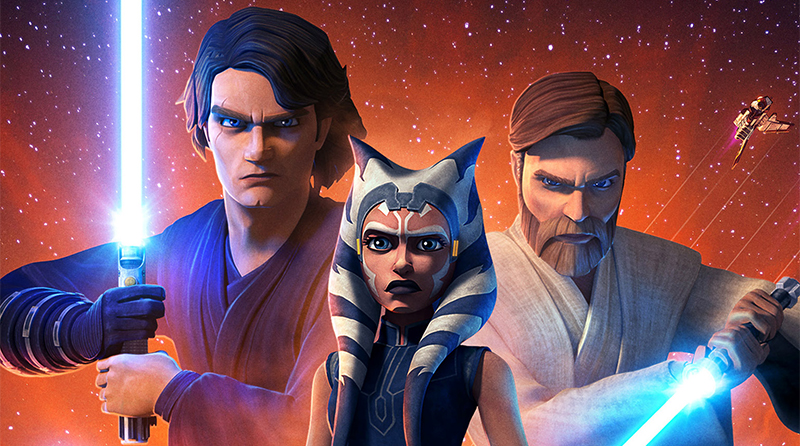 Star Wars: The Clone Wars has had a huge number of LEGO sets over the past 12 years – Brick Fanatics picks out the best 10 releases ahead of the final season

After nearly seven years of waiting, the final episodes of Star Wars: The Clone Wars Season 7 are about to arrive on Disney+ in Season 7. The trailers promise an explosive ending, that will begin with the premiere episode on February 21 in the USA and on March 24 elsewhere.

Since the release of Star Wars: The Clone Wars, with the movie and then the first television episodes in 2008, the LEGO Group has released over 50 sets spanning the entire run, from small Clone Trooper battle packs to massive Republic Cruiser models and everything inbetween. So, before the final season gets underway, Brick Fanatics is picking out the 10 best sets yet.

There will be minor spoilers ahead for episodes of The Clone Wars that have already aired, so those without a droid memory-wiper like Babu Frik handy might want to hit the hyperdrive in the other direction and stop reading now.

Debuting in the movie during the Battle of Teth, the folding wings of the V-19 Torrent were inspired by the real-world F4U Corsair. 7674 is in a surprisingly large scale in relation to a minifigure making it a great representation of the on-screen ship. It perfectly recreates the wings, which rotate around the body of the ship on a Technic mechanism cleverly incorporated into the engines.

During “Dooku Captured” in Season 1, pirate Hondo Ohnaka says to the Sith Lord that his solar sailor is a “pretty rare ship” and that applies to the LEGO set too. 7752 was not only a limited edition set, but also the only version of the ship ever produced by the LEGO Group. The Clone Wars sets provided an opportunity for many vehicles that appeared in the prequel films first.

Used throughout The Clone Wars, 7676 Republic Attack Gunship was specifically inspired by the Crumb Bomber and the sticker on the nose translates into “laugh this off”. What makes this set extra special is that additional stickers are included so it can be a different version of the ship. The model not only looks impressive on the outside but has a fully decorated interior complete with bacta tanks and room for about a dozen clones.

With its striking green and yellow paint job, the Halo was captained by Zabrak bounty hunter Sugi and only actually appeared in two episodes. All three of the bounty hunter minifigures in 7930 are exclusive to the release, and below the cockpit of the ship is a brig for their unlucky prisoners.

The huge capital ships used in battle by the Republic, Venator-class Star Destroyers, only saw one LEGO set – 8039. It is built like all other Star Destroyers around a triangular Technic frame, but the rather cramped interior only has room for Palpatine’s unnecessarily large office desk.

Borrowed by Ahsoka Tano and Anakin Skywalker as they fled Teth, the Twilight was used whenever either Jedi had to go on unofficial Jedi business. 7680 The Twilight was one of only two sets to include a uniquely moulded figure of Rotta, Jabba the Hutt’s rather smelly son.

It would be impossible to make this list without including hat-sporting, double-blaster wielding bounty hunter Cad Bane. 8128 is a sleek model based off the speeder seen in “Hostage Crisis” and is one of only three sets to have included a minifigure of the dangerous Duros.

Appearing over a dramatic three-episode Season 1 arc, the Malevolence is a Separatist warship capable of taking out entire fleets. Although 9515 cannot match the incredible scale of its on-screen counterpart, it wonderfully recreates the two huge ion cannons using trans-blue studs and clear domes to imitate the powerful lasers.

At nearly 2,000 pieces, 10195 was the biggest The Clone Wars set ever released. Considering the weight of the combined models, swooshing it around is very difficult, but the Technic mechanism allows the walker to be attached and deployed easily. If the whole thing doesn’t look intimidating enough, it is even decorated with roaring wampa stickers. It has become one of the most expensive LEGO Star Wars sets on the secondary market.

Based on “To Catch a Jedi”, the Season 5 episode in which Ahsoka is framed and on the run, 75046 Coruscant Police Gunship brilliantly captures the many geometric shapes and odd angles. It also uses a rare trans-red cockpit canopy to imitate the ship being lit from within when used for nighttime search patrols.

This list is only a fraction of some of the amazingly diverse sets to come out of the LEGO Star Wars: The Clone Wars theme, and fans will undoubtedly have their own favourites inspired by beloved episodes or for including certain characters.

With twelve more episodes still to come there is the possibility for more LEGO action from Star Wars: The Clone Wars…

Star Wars: The Clone Wars Season 7 is coming to Disney+ on February 21.