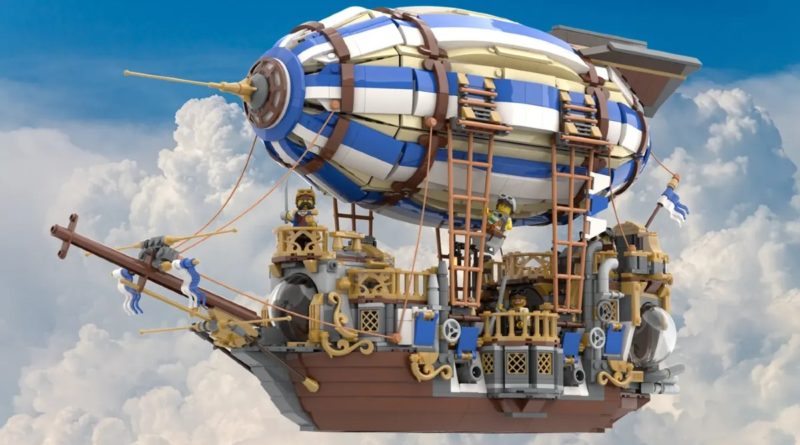 A familiar LEGO Ideas project has reached 10K supporters on LEGO Ideas as the Steampunk Airship makes a second attempt at a future set.

Steampunk Airship from LEGO Ideas user BrickHammer has reached the first 2022 review phase in what might be a familiar build for the judges to look over. The same project was part of a previous review round and was ultimately not approved for an official set.

However, the user still believes that the ship still deserves a spot in LEGO Ideas and the support for the build has been just as strong as before getting the model to the 10K required to pass into the review stage in around two months.

The airship features a full interior and a brick-built balloon. Gold detailing adorns the outside with a mix of blue and grey assisting with the regal and refined nature of the transportation.

It joins six other projects in the first 2022 review, following the closing of the third 2021 review with a final total of 36 submissions. You can see the full list of builds up for a chance at an official set here:

In other LEGO Ideas news, 21332 The Globe was recently revealed as the 40th model in the theme, and we’ve given it an in-depth review.