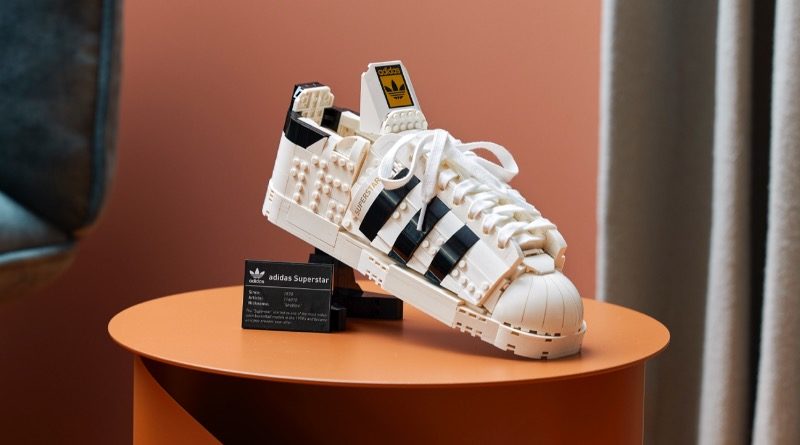 The partnership between LEGO and Adidas has seen the release of some exclusive clothing lines and tempting footwear, but none have been as unique as the new 10282 Adidas Originals Superstar.

The latest 18+ set releases today, July 1 as a now-exclusive launch on the official online store. As we’ve mentioned in our review, the model is like nothing the LEGO Group has produced before – even including some non-LEGO laces.

While it may not be for every builder, the LEGO designers have tried to capture the authentic details that the Adidas Originals are known for, an undoubtedly difficult thing to achieve with bricks. To help increase that sense of sneaker immersion the model even comes in a shoebox, adding another display element to the set and its included stand.

The details of the model extend to the inside of the trainer too, with some tiles representing the labelling of the Adidas footwear in a design that fans of the company will recognise. Should you wish, you’ll also be able to pair the LEGO build with a specially-designed wearable version too.

As if the trainer wasn’t exciting enough, the LEGO Group is also introducing a new GWP this month to tempt builders to add the set to their collection. This smaller model of an Adidas sneaker might have a bizarre price threshold, but is just as unique as the larger version and could be standout amongst your other builds.