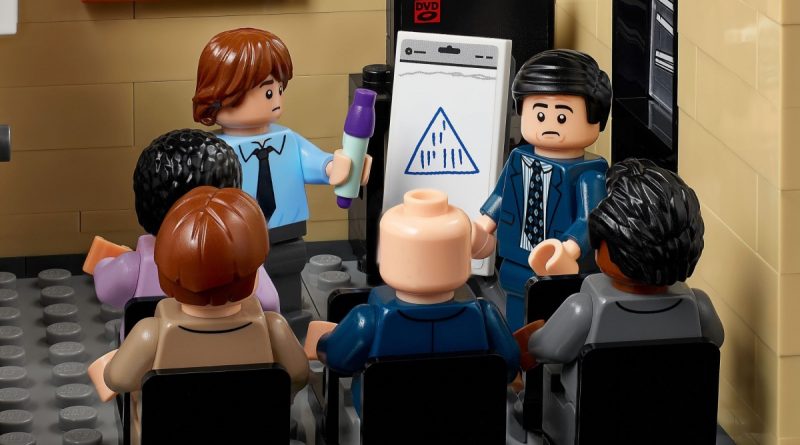 The Office star Steve Carrell says it was ‘only a matter of time’ before the LEGO Group released a set based on the US sitcom.

The actor – who played Michael Scott in the US version of the British show – recently appeared on Good Morning America to promote his new limited series, The Patient. Carrell portrays a psychotherapist held prisoner by a serial killer desperate for help with his homicidal urges, which is a far cry from the star’s character in The Office.

Nevertheless, Carrell was quick to draw a line between October’s 21336 The Office and his new show on Good Morning America, where he got a glimpse of the upcoming LEGO Ideas set for seemingly the first time.

“Oh my word, wow. It was only a matter of time,” Carrell said, before suggesting the LEGO Group takes its 18+ range to strange new places. “Now I want them to do a LEGO set of the basement in The Patient, with me chained to the floor. I think that would be fun. Kids would enjoy playing serial killer and therapist.”

“No, that’s amazing – it’s amazing that that endures and that people continue to like it,” he added, referring to the sitcom’s perpetual popularity. (In 2020, Americans collectively streamed more than 57 billion minutes of The Office. That’s around 108,000 years.)