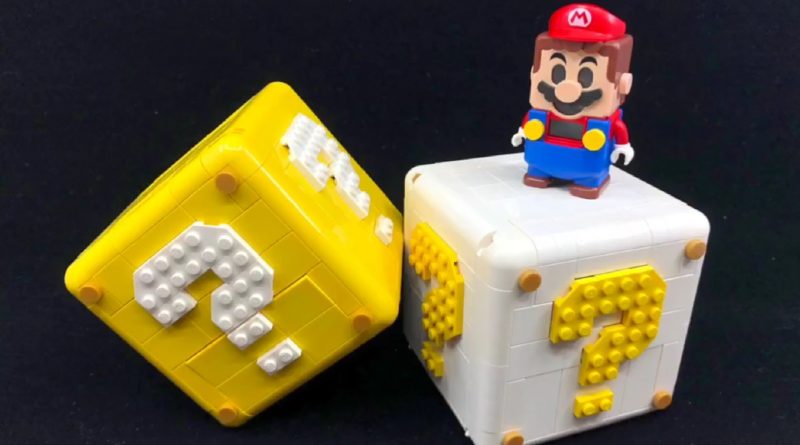 Anyone inspired by LEGO 71395 Super Mario 64 Question Mark Block and looking for a way to store their figure might have the ideal build.

Donny Chen on Twitter has shared a miniature version of 71395 Super Mario 64 Question Mark Block that still manages to retain the function of the massive set but refits it for a new purpose.

For those who have been thinking of how to store their LEGO Mario or Luigi figures when not in use, the model – which is showcased in the video below – is a much smaller model of the iconic block, featuring the exterior design that has become a classic part of the franchise. However, the features between the two sizes are also the same with a flipping and folding cube of bricks that can hold the theme’s controllers.

The modules on either side of the main platform resemble a level from the games with grassy hills and a cloud on display. However, just like the original set, pushing down on the front section reveals a hidden compartment that holds a ring and crystal, but could be modified for whatever purpose you need.

LEGO Super Mario 71395 Super Mario 64 Question Mark Block is available now from the official online store, with a designer video also recently released to showcase it and share designer insight into its development. Alternatively, another mini version of the set has been created by an ex-designer.