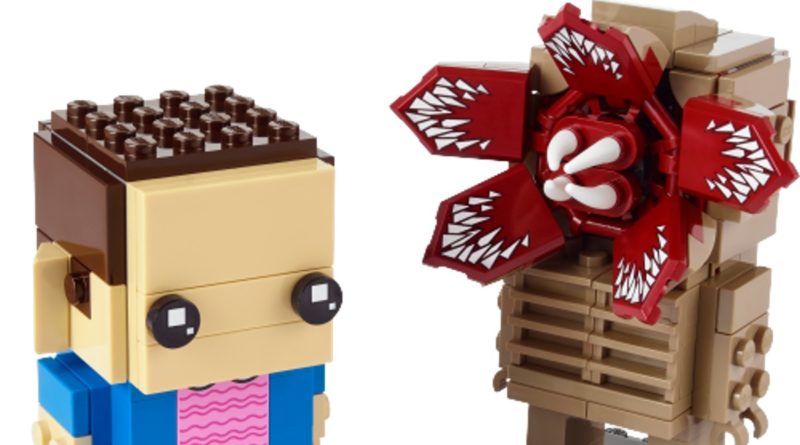 A new LEGO Stranger Things set has surfaced online for release later this year in the form of BrickHeadz 40549 Demogorgon & Eleven.

40549 Demogorgon & Eleven has been listed on the building instructions database of the official online store with not just the listing confirming the previously rumoured set, but also the first image showcasing what the caricatures for Eleven and the Demogorgon look like.

This is the second LEGO Stranger Things set to release and the first following the retirement of 75810 The Upside Down at the end of December 2021, likely offering a more inexpensive way to represent the Netflix show on your shelf. It includes two models for both Eleven and the Demogorgon, with the latter having longer arms and an extra set of grips compared to most BrickHeadz.

Eleven is wearing her iconic costume featuring a blue jacket and a pink dress with a shaved head and a waffle in hand. The Demogorgon features a more intricate build with the open mouth on the head featuring the five jaws and using ladder elements to represent the ribbed chest. It is a few bricks taller than Eleven, giving it an intimidating appearance.

No word of pricing or release date has been mentioned on the official online store yet, though the set is listed for a 2022 release, meaning it will be launching later this year. Past BrickHeadz double packs have retailed for £17.99 / $19.99 / €19.99.