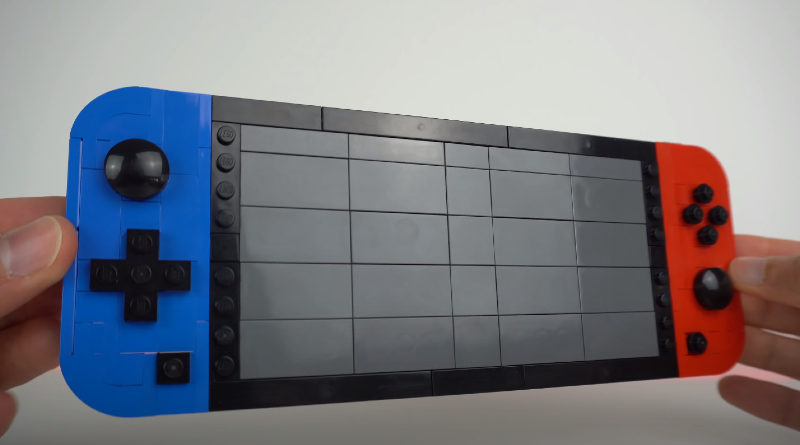 An ex-LEGO designer has imagined what could one day follow 71374 Nintendo Entertainment System with a more modern brick-built console.

Nintendo’s game consoles have changed greatly since the days of the Nintendo Entertainment System, with an era of machines for the LEGO Group to work their way through. However, one builder has decided to skip to the present day and make a LEGO Nintendo Switch Lite.

Tiago Catarino is the creator of this custom model which he depicts as using mainly yellow and white bricks for the appropriately coloured version of the console. The scale is remarkably close to that of the real-life item and every button, stick and screen have been included, even the console’s main gimmick.

The namesake of the Nintendo Switch comes from the fact that the device can detach the controllers on its sides and plug into a dock for playing games on the TV. Whilst the Nintendo Switch Lite doesn’t share this same feature, Tiago has included the option to detach the controllers, for builders wanting to switch up the colour scheme to make it closer to their own version of the console.

The screen is designed to be blank to indicate that the machine is turned off, but it wouldn’t be too hard to use a variety of one stud bricks to make a portrait of your favourite game. You could even incorporate the exclusive piece and prints in 71374 Nintendo Entertainment System for a reference to everyone’s favourite plumber.

71374 Nintendo Entertainment System is available now from the official online store, and you can follow the step-by-step tutorial in the video above to build your own LEGO Nintendo Switch.