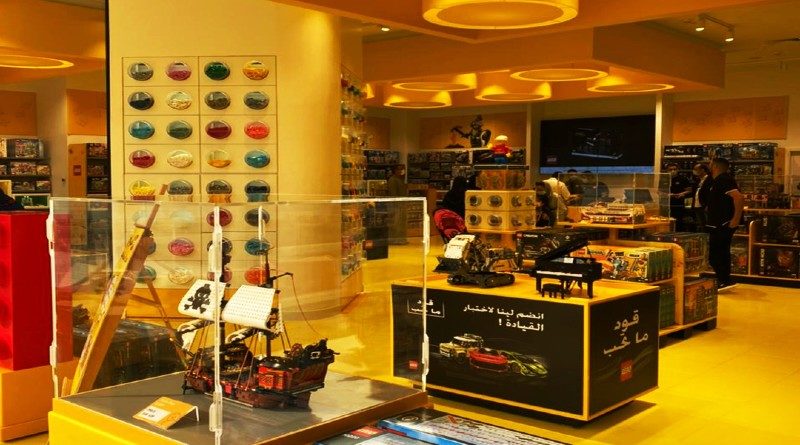 Following the arrival of the first LEGO Store in Saudi Arabia, a new flagship store has been revealed with a first look of the interior now available.

Back in July of 2020, it was announced that the LEGO Group would be expanding its reach to Saudi Arabia with a physical retail location and an online store. This marked the first time the brick had an official physical presence in the kingdom, and it looks like the LEGO Group’s plans didn’t stop there.

Working with the Kamal Osman Jamjoom Group, a new flagship store is set to open in the Riyadh Park Mall. A press release confirms the usual necessities for flagship stores including exclusive models indicative of the nearby culture and architectural icons such as the Riyadh skyline and a Mosaic Maker photo booth.

Thanks to some pictures posted by the mall’s Twitter account, we can also see that the store seems to have had a soft opening with fresh images from inside now available. The ceiling is made to look like it is made of suspended LEGO bricks, while a statue of Spider-Man sits on the shop floor. Exclusive products will also be available at this location including LEGO Ideas 21323 Grand Piano.

At the entrance of the store sits a Salwa Palace mosaic built in cooperation with the Diriyah Gate Development Authority. Recently, a LEGO Certified Store was announced for Macau, but this Flagship store looks to be even more impressive.