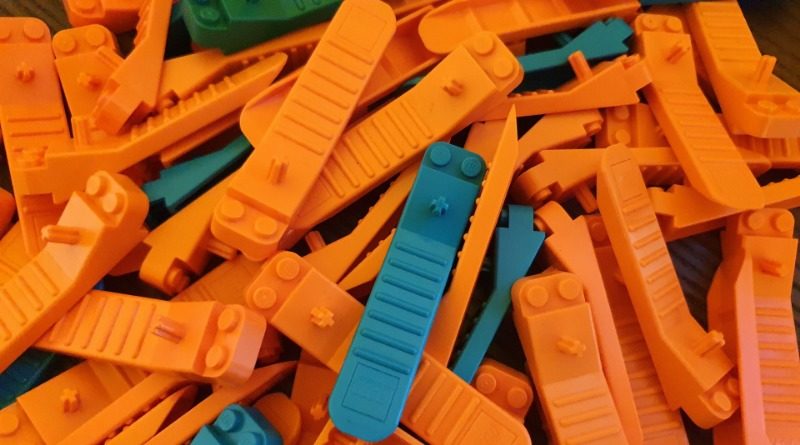 If you’ve ever had to dismantle your entire LEGO collection in one go, you’ll know that taking apart LEGO sets is just the worst. But if you’ll indulge me for a minute, I’d like to go ahead and complain about it anyway.

Really, you don’t even need to have taken apart your entire collection. Just a handful of sets is enough to make you wish you’d never put them together in the first place. Or, as I found out recently, just a single set. At least when that set is 75252 Imperial Star Destroyer.

To give you some context: I’ve recently moved house, which is often the main driver behind a great dismantling. I’ve subsequently spent way too much time with a brick separator in hand over the past few weeks, idling away precious hours of my life while undoing all those other hours I spent building those very same sets in the first place.

Okay, so it’s truly the first-worldiest of first-world problems. But it’s also really, really dull, makes my fingers ache, and – occasionally – makes my head hurt, too.

I’m writing this as someone whose experience with Technic extends as far as looking curiously at the boxes on a shelf, like a dog that’s never seen snow. In truth, the only Technic elements I’ve ever encountered have been squirrelled away in the structures of System sets.

When it came time to dismantle my copy of 75252 Imperial Star Destroyer, then, I knew I had my work cut out. Putting the beast together had already consumed a significant portion of my limited time on this Earth. Fortunately, that part had been pretty fun. Doing it in reverse seemed like the kind of never-ending punishment reserved solely for Sisyphus. Maybe it wasn’t quite on the level of pushing a boulder up a hill for eternity, but it sure felt like it.

As it turned out, I was right to be hesitant. If you’ve never built the enormous LEGO Star Wars set, let me give you a brief rundown. It starts with a Technic frame, built atop the integrated stand. You’ll then add on the shell one panel at a time, before building up the engines, hull and bridge. You can probably see where this is going.

Taking apart the shell was easy enough. All the panels clip on via studs and ball joints, so disconnecting them is no big deal. Actually snapping off all the plates, tiles and tiny greebling parts is another matter, but hey ho. At this point, only my fingers had cause to grumble. (And my eyes – all that grey isn’t very interesting.)

It didn’t last, of course, because then I reached the Technic frame. Without the instruction manual to hand, I tried just winging it. With System, the order in which you remove bricks doesn’t really matter too much. The same can’t be said of Technic. Every pin, beam and axle needs to be deconstructed in a very precise order. That’s an inherent consequence of the need for a sturdy frame to hold the Star Destroyer together. And, in the set’s defence, it does fulfil that goal. But it also makes it a total pain to take apart.

That pain was compounded a few days later when I discovered the remnants of my copy of 10256 Taj Mahal. I’d originally built the re-released landmark for a review in 2017, then packed it up and shipped it off to a photographer. Apparently, it didn’t survive that journey very well (if the frustrated email I received is to be believed, anyway). It fared even worse on the journey back to me, crumbling into a miserable, half-deconstructed state. And that’s how it’s stayed ever since, tucked away in the corner of a cupboard where I can pretend it doesn’t really exist.

Taking it apart was something I approached with immense trepidation – but also a little eagerness, because I realised upon opening the box that it contained six 16×32 blue baseplates. I’ve been after blue baseplates to sit under my copy of 21322 Pirates of Barracuda Bay for a while, but never gotten round to buying them. That meant properly taking apart the Taj Mahal would be its own reward.

But then I remembered that it contains no fewer than 5,923 pieces, and instantly gave up. I retrieved the baseplates, destroying my fingers to prise off the countless turntable bases that covered them, then squashed the rest into another box to continue the great pretence that actually, there ain’t no Taj Mahal and there never was.

What I’ve gathered from all this is that I’m just not very good at taking apart LEGO sets. But why should I be? Why should anyone be? After all, it really is just the worst.

Instead of taking apart LEGO sets, why not buy more to build? You can support us by doing so from LEGO.com and Amazon using our affiliate links.