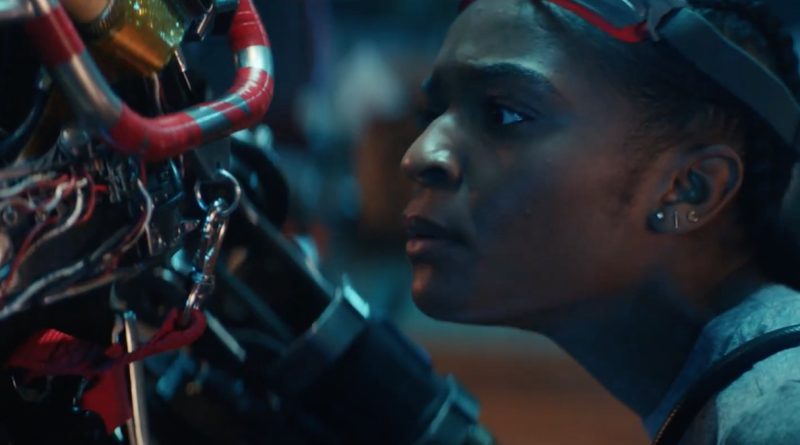 Hot on the heels of last week’s new trailer for Marvel Studios’ upcoming Black Panther: Wakanda Forever is a character-specific teaser that highlights Riri Williams’ Ironheart. US retailer Target has released its own video ad for the sequel that focuses on the genius-plus-level mind of the armoured hero played by Dominique Thorne.

Not only does it appear as if Ironheart will be a major player in Black Panther: Wakanda Forever, but she’ll then go on to star in her own forthcoming Disney+ series due out late 2023. With a suit of armour inspired by Tony Stark’s technology and designs. Riri Williams could be a breakout character in the MCU going forward, filling a tech-based gap left by Iron Man’s departure.

In the teaser, Williams can be seen building and modifying her Ironheart MK2 armour before er… having to visit her local Target store for supplies. In addition, it seems that there will be more footage of the character’s ‘story’ to come on October 16, thanks to a dedicated landing page for Black Panther: Wakanda Forever merchandise available from the retailer.

The first minifigure of the character appears in 76214 Black Panther: War on the Water, with the latest LEGO model available now alongside four more sets (and a keyring) based on the upcoming movie. The Ironheart MK2 minifigure includes both helmet and unmasked face options for the character, alongside her distinctive red, black and silver armour.

Black Panther: Wakanda Forever will be released on big screens globally from November 11.