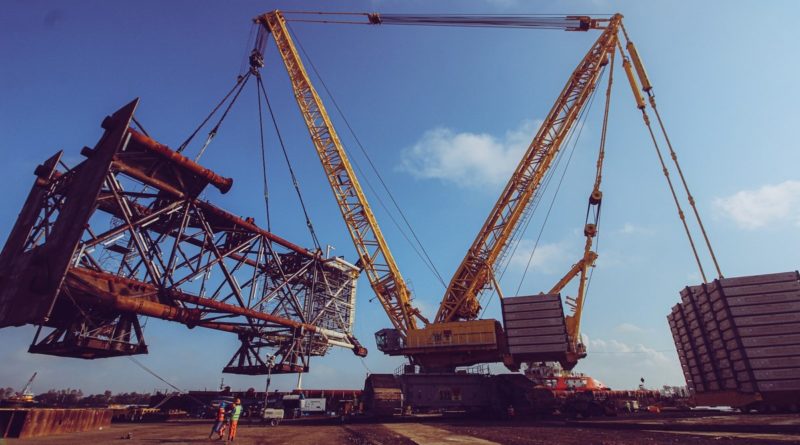 New rumours for the LEGO Technic summer 2022 wave include what might be the most expensive Technic set yet based on the Liebherr LR 13000.

Promobricks are reporting that this summer we will be seeing the release of at least three LEGO Technic models based on brand new vehicles for the theme, as well as providing more potential information for the previously rumoured 42143 supercar.

The most expensive set listed by the source is 42146 Liebherr LR 13000, though this may not be the final name. According to the report, it is scheduled to cost $599.99 and be released on August 1 with 2,882 pieces. The high price and low piece count may mean that motorised elements are included, though this is not confirmed.

The Liebherr LR 13000 is the most powerful and biggest crawler crane in the world, meaning a Technic recreation would possibly be more expensive than the previous LEGO Liebherr model and most expensive Technic creation – 42100 Liebherr R 9800 Excavator at $449.99.

Another rumoured set from the source is 42145 Airbus H175 Rescue Helicopter, which may be based on the real vehicle of the same name. It is mentioned to have 2,001 bricks for $199.99 and be launching on August 1. The report also states that 42144 Waste Handler, which might not be the final name, includes 835 elements and is to be based on the specialised cranes used for managing waste. The latter model is also said to be coming on August 1 for $139.99.

The source states that they believe the previously listed 42143 set is going to be based on a Ferrari, but they are not sure whether or not the build has been delayed as has been rumoured before.

These rumours are just that and should be treated with appropriate caution until the LEGO Group makes an official announcement regarding the future of the theme. More LEGO Technic models are launching later this year as revealed in a consumer catalogue, and a new range has recently been released.