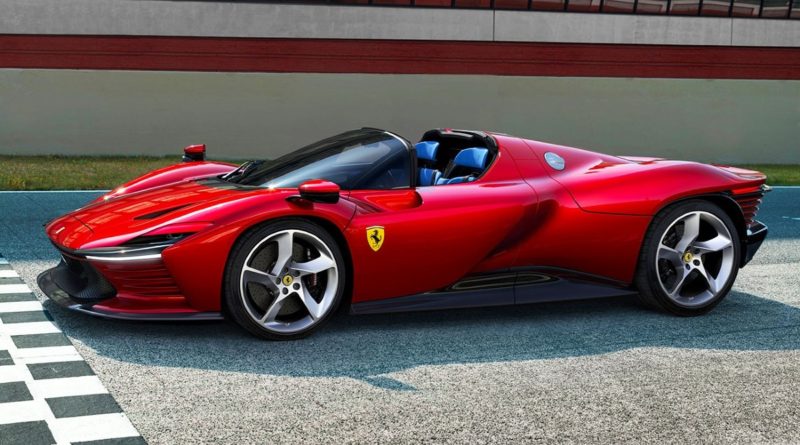 Rumours for LEGO Technic in summer may have revealed that the reported 42143 set is a Ferrari Daytona SP3 made of over 3,000 pieces.

Promobricks believe to have more information for LEGO Technic’s range in summer 2022. This follows previous rumours and listings that align with this report.

It should be noted that the source is not sure whether or not the above name is accurate. According to the rumour, the supercar that 42143 will depict is intended to be a Ferrari, specifically the Daytona SP3 vehicle. The Ferrari website notes that the vehicle is similar in design to the 330 P3 and has revealed a selection of images for the car.

The rumoured LEGO set of the Ferrari Daytona SP3 is said to be made up of 3,776 pieces and is expected to include a rotating engine, opening doors and the source hopes that it will feature a removable roof. It is rumoured to release on August 1 for €399.99 as an 18+ model. The rumoured release date might go against a previous report that stated the set was delayed past 2022.

The previously rumoured 42144 Waste Handler set, with the name not certain according to the source, is included in the report as being made up of 835 elements for €99.99 and is said to likely be appealing to those who enjoy the pneumatic functions of LEGO Technic models.

The source notes that they believe the build to be a red and black waste handler and it is rumoured to release on August 1. For functions, the report includes an extended cab, two steerable wheels on the front, a hand pump that operates the gripper arm and four supports that may be similar to the above image.

Weighing in at a rumoured 2,001 elements, this potential LEGO Technic is expected by the source to cost €199.99, aligning with previous listings. The main model is believed to be red and yellow, with the yellow mentioned as likely being the neon variant introduced for 2022 in LEGO CITY.

For functions, CONTROL+ integration is assumed by the source and the main and tail rotors are reported to be able to turn at various levels of speed with the former including five blades.

The rumour mentions details of the interior too, with the cockpit said to have control sticks on both sides that serve a function in adjusting the main rotor to incline them in different directions. Rounding out the features is said to be a winch on the outside and opening doors on the cockpit and a larger opening on the side.

Again, this rumoured set name is not believed to be confirmed as final in the report. This set is rumoured to be made up of 2,882 bricks for €449.99 as the second 18+ model in the list. The source notes that the build may be the tallest in the history of LEGO Technic. The high price compared to the piece count is rumoured to be due to the common use of larger lattice elements and a brick-built one-kilogram counterweight.

CONTROL+ is also reported to be integrated into this set, acting as another reason for the high price. The source specifically mentions the inclusion of six motors and two smart hubs to be used alongside the app.

As always, these rumours have not been officially confirmed by the LEGO Group and should be treated with caution until announced otherwise.