During a preview of the LEGO sets that are expected to be a big hit this Christmas, Harry Potter 71043 Hogwarts Castle has been displayed at the LEGO Store Leicester Square. Brick Fanatics took a close look at the set, poking and prodding to find out how nice this set looks, and looking out for the fun details and movie references.

Stained glass windows
Using transparent coloured tiles, each window in the Great Hall features a stained glass window. The clever technique used looks very effective in person and is a great example of the attention detail that is featured in this set.

Philosopher’s Stone challenges
A number of the challenges that Harry Potter must overcome to access the Philsopher’s Stone are included in the basement level, including Nagini, the giant snake that the boy who lived must come face to face with. Not only does this all look impressive, but is an example of the play possibilities that this model includes.

Dumbledore’s Office
One of the most exposition laden and foreboding rooms in the entire Harry Potter series, Professor Dumbledore gets an office that sits at the top of the tallest tower.

The Great Hall
Each of the house flags hangs above the Great Hall, in a lovely touch that will please Potterheads. Underneath, the benches and tables are nicely recreated along with the head table. The scale allows for a great amount of detail.

Hagrid’s Hut
The vegetable patch is present, as is Aragog. What works best about this particular part of the set is how well designed the little house is at microscale, a perfect home for the half giant. There are so many neat techniques in this particular section, building the entire 6,020 piece set is going to be a real building education.

Moving staircases
Sure enough, the staircases move in 71043 Hogwarts Castle. By turning the circular base, the staircase attached to it moves, surrounded by stickers representing the talking portraits.

Delores Umbridge
One room is so pink that it can only belong to Professor Umbridge, and really stands with its distinct colour scheme. No character is too obscure to be referenced in this ultimate fanboy set.

Whomping Willow
The Whomping Willow is a unique part of the set and looks fantastic, with a tiny little blue Flying Ford Anglia that can fit in the branches. It is amazing that even using just a few pieces, the car looks absolutely movie accurate.

Potion class room
Another visually impressive section is packed with trans elements representing jars and beakers full of potions, ready to be mixed in the cauldron.

Hogwarts founders
Although it is not an obscure detail, the inclusion of four minifigures representing the Hogwarts founders is worth highlighting again. Who would ever have expected that these characters would get a LEGO minifigure? Although the model is not in minifigure scale, these four characters are a nice bonus to sweeten an already great deal.

71043 Hogwarts Castle will be available at shop.LEGO.com from Wednesday, August 15. 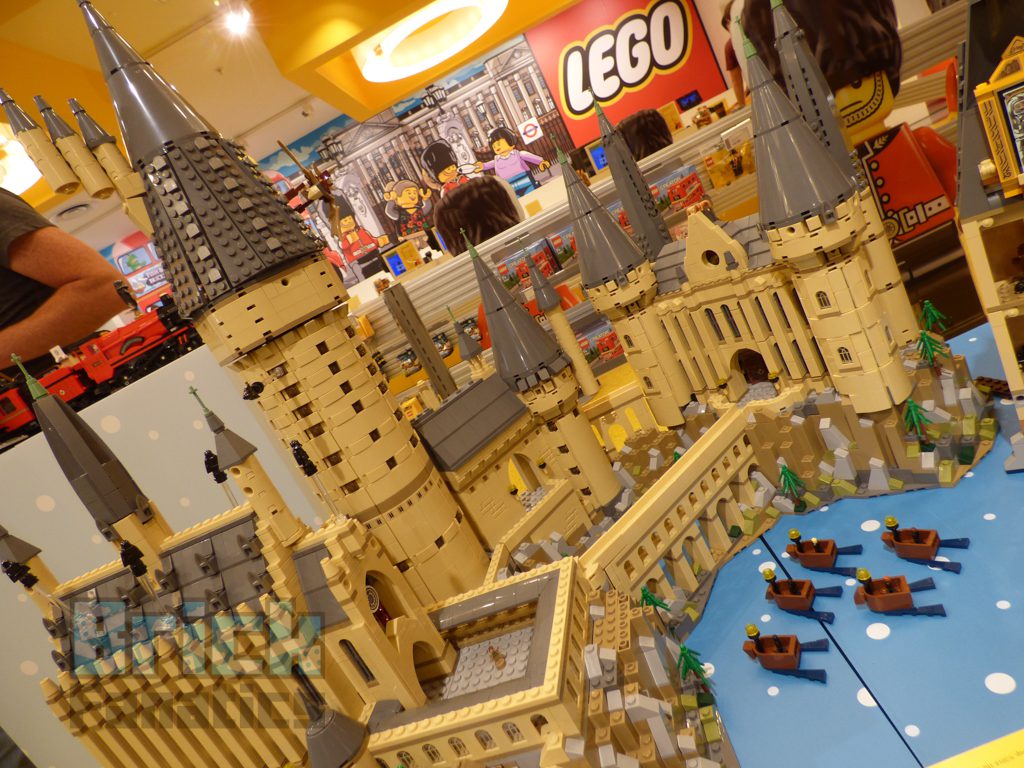