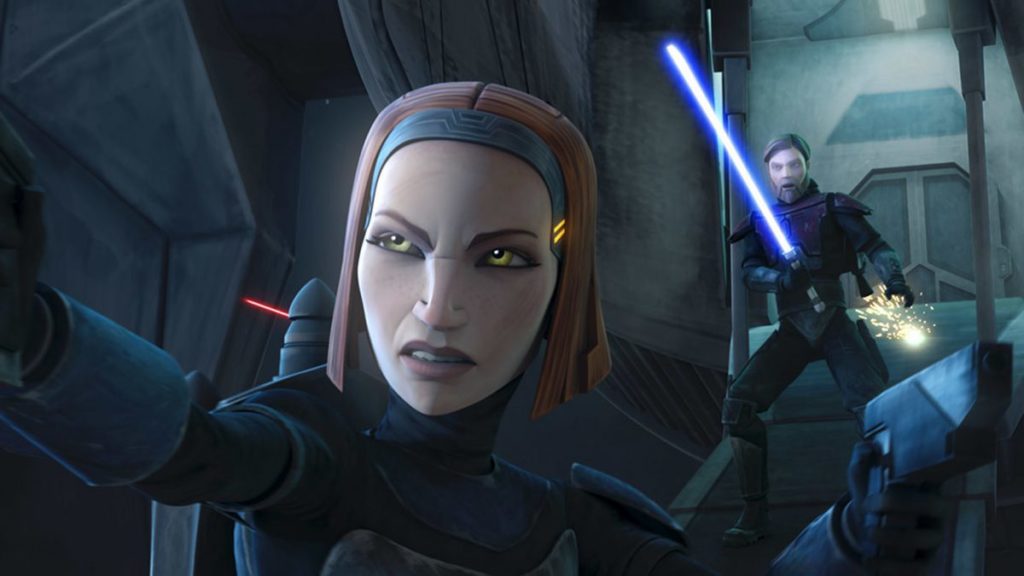 With Star Wars: The Clone Wars returning for 12 new episodes, Brick Fanatics counts down 10 minifigures that the LEGO Group should release

When The Clone Wars blasted onto screens in 2008, 100 episodes were promised – and just over that number were delivered. Even those weird bug-eyed minifigures couldn’t put fans off an impressive launch range in that first year. The LEGO Star Wars range continued to offer a smattering of product based on the animated show even after other licensees had abandoned it, with a diverse range of characters released over the years, from fan favourite Ahsoka Tano to hat ruling bounty hunter Cad Bane.

Now, The Clone Wars is back, with 12 new episodes set to be released next year as part of the Disney streaming service. This seems like a perfect opportunity for the LEGO Group to delve back into the galactic conflict. There are still some great characters left deserving of a minifigure – here are ten that Brick Fanatics would still like to see…
Spoilers! This feature contains spoilers for the already released episodes of The Clone Wars and includes information that has already been shared about the upcoming episode.

Duchess Satine
The leader of Mandalore during the Clone Wars, Duchess Satine Kryze wanted to move her people away from a violent past and remained steadfastly neutral during the war. Most fans know her as the flame of Obi Wan Kenobi, with their relationship on screen demonstrated through their constant repartee. In one of the most heart breaking scenes in the series, she is ruthlessly killed by Darth Maul, with Kenobi forced to watch. Any minifigure of Satine would need to have a unique hair sculpt to re-create her intricate style, while the new skirt piece would be perfect for her dress.

Riyo Chuchi
There has not yet been a minifigure of a Pantoran. 8085 Freeco Speeder was the opportunity to include Riyo Chuchi, the senator for Pantora, who was first seen in “Trespass” when she proved herself a skilled negotiator. During “Sphere of Influence”, Riyo helped Ahsoka Tano rescue the kidnapped daughters of Baron Papanoida from the Trade Federation. With the right shade of blue in the LEGO colour palette, it is about time fans had a Pantoran minifigure. 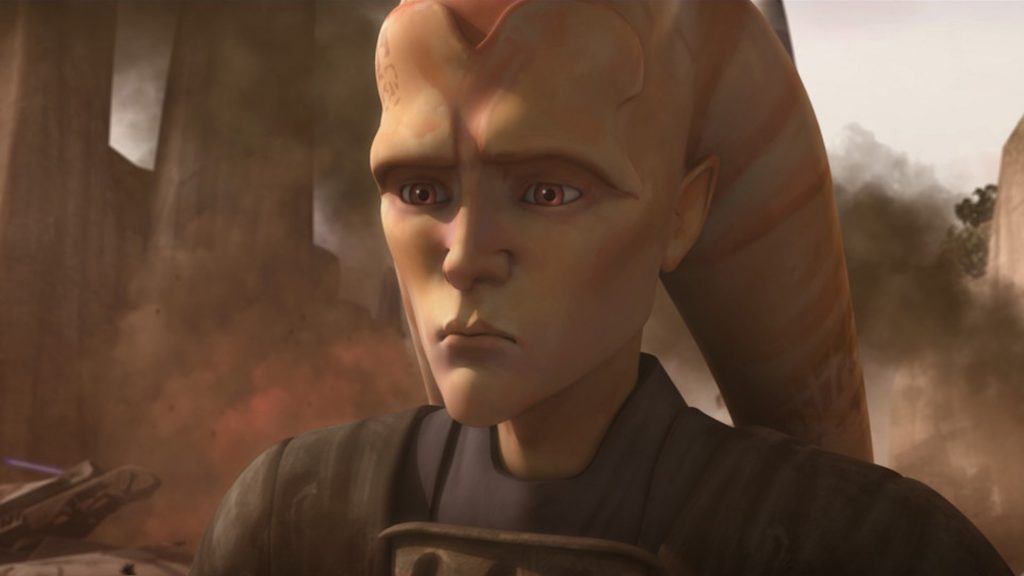 Cham Syndulla
Hera Syndulla’s father and a political revolutionary on his home planet of Ryloth, Cham Syndulla butted heads and then fought with Mace Windu to rid Ryloth of Wat Tambor and the Separatist forces. Syndulla continued to be a freedom fighter against Imperial occupation and had a few brief appearances in Rebels. Outside of television, the character has featured in the novel Lords of the Sith, in which he tries to kill Vader and the Emperor. Anyone who is crazy enough to take on two Sith Lords deserves a minifigure, and fans need another male Twi’lek than Bib Fortuna.

Mother Talzin
The Nightsisters were a formidable and somewhat scary group of dark Force wielders located on the remote world of Dathomir. Mother Talzin was the clan leader, shaman – and the mother of Darth Maul. Her goal was galactic domination, as was the goal of many of the villains during the Clone Wars – it was something of a free-for-all. Talzin was the bane of practically everyone, particularly Count Dooku, who she repeatedly tried to assassinate. In the end, her mother’s love won out and she sacrificed herself to save Maul from insanity, though how successful that was is debatable. A minifigure could depict her as a spirit by using the new trans-green ghost piece recently created for Ghostbusters. 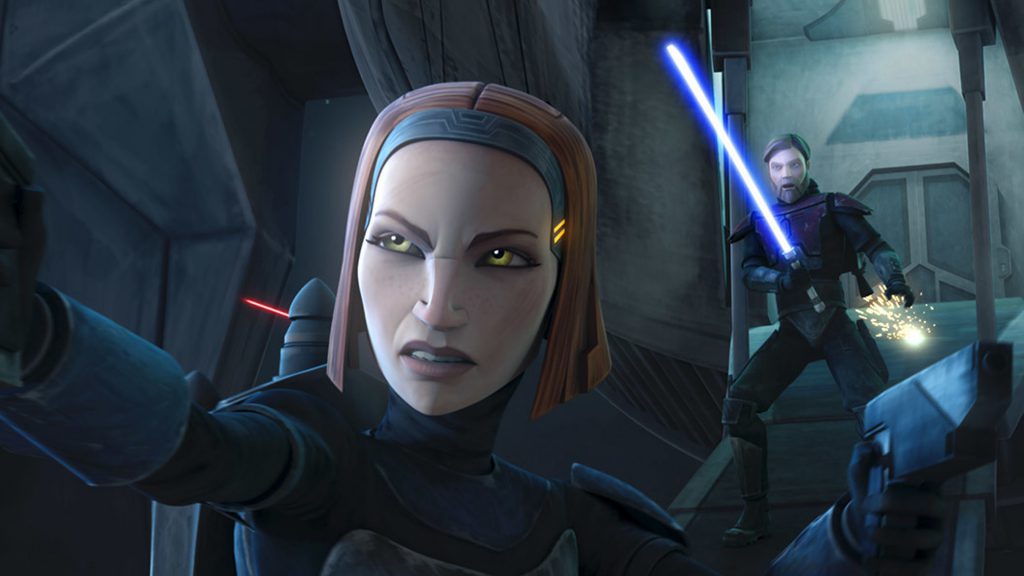 Bo-Katan
Sibling relationships can be difficult at the best of times, but even more so when your sister opposes your political intentions for an entire planet. That was the difficulty faced by Duchess Satine – her sister, Bo-Katan, was part of Deathwatch, trying to overthrow her. After Satine’s death, Bo-Katan was named Regent of Mandalore, which is likely to crop up in the upcoming 12 episode revival of The Clone Wars. It will be interesting to see if a minifigure of Bo-Katan comes in any new LEGO sets, as it would be nice to see her barn-owl inspired Mandalorian helmet miniaturised.

Mortis: Father, Son and Daughter
So this is three characters rather than one – but if these characters get made, they need to come as a trio. The Mortis arc was perhaps one of the best storylines ever told in The Clone Wars, pushing the boundaries of a weekly animated TV series. Mortis was revealed a realm of the Force that by day was beautiful and serene but became dangerously volatile at night. It was inhabited by three immensely powerful Force users; the Father who represented balance, the Daughter who signified creation and the Son who symbolised destruction. All three would make for impressive minifigures, each needing new parts and detailed printing to really capture their likenesses.

Wulff Yularen
Yularen actually appeared in A New Hope, although you have to be eagle-eyed to spot him. He is one of the background Imperials sitting around the table in the Death Star conference room. The LEGO Group has already given fans a minifigure of Admiral Yularen as an ISB agent, but there’s never been a Clone Wars version of the tactician. He served as the admiral for General Anakin Skywalker aboard the Resolute, making him a key player in many battles. This would be quite an easy character for the designers to produce.

Steela Gerrera
The sister of Saw Gerrera, Steela was one of the first rebels trained by the Jedi to oppose Separatist rule on her native planet of Onderon. During the final battle to free the planet, Ahsoka Tano was unable to save her and Steela died tragically, inspiring her brother Saw to begin a path that would lead to him becoming the guerrilla fighter he is in Rogue One. It is revealed in “Ghosts of Geonosis” that Saw’s only memento of Steela is a hologram picture. Both Gerrera siblings are important to Star Wars history and deserve to be released as minifigures.

Prince Lee-Char
After the assassination (there were a great many of them in The Clone Wars) of the King of Mon Cala, Prince Lee-Char took the throne – or at least tried to. Unfortunately the Mon Calamari had nightmare neighbours in the form of the Quarren who refused to accept young Lee-Char’s rule. The ensuing civil war caused the Republic to intervene, sending senators and Jedi to eventually restore a tentative peace. The episodes set around Mon Cala also introduce Gial Ackbar, who would later become the famous Rebel Admiral. There have been a few Mon Calamari minifigures so Lee-Char wouldn’t require any new moulds but just different colouring and decoration. 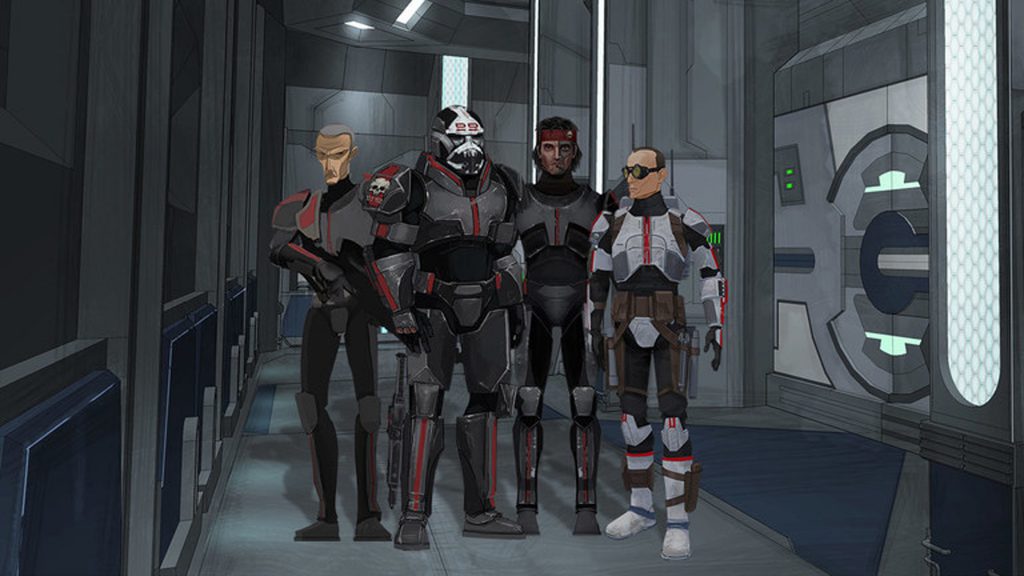 Bad Batch (Clone Force 99)
From a certain point of view Bad Batch do not exist in The Clone Wars. They were to be properly introduced in the premiere episodes of Season Seven, but as the series was cancelled the episodes were never finished. At Star Wars Celebration Anaheim a special screening of the episodes in storyboard format introduced the characters. Led by Sergeant Hunter, the squad is made up of Crosshair, Tech and Wrecker – all clones with unique genetic mutations that give them a certain edge in battle. Whereas all other clones are completely the same, apart from minor variations, Bad Batch looked nothing alike so it would be exciting to see the unique characters become minifigures. The chances could be good, as Hunter even shows up in the new trailer.

The Clone Wars introduced so many characters that no list could incorporate just how many would make desirable minifigures. With the new episodes landing sometime next year there may be even more new characters or variations of familiar faces that the LEGO designers might decide to include in new sets. If there are, thank goodness they won’t have those weird eyes that haunt the nightmares of LEGO Star Wars fans.