Another review period has closed for the LEGO Ideas platform, with 10 projects up for consideration.

Earlier this week, the second 2018 qualifying period for LEGO Ideas drew to a close, with 10 projects having reached the 10,000 vote threshold. The projects, submitted by passionate brick fanatics, will now be reviewed by the LEGO Ideas team to see which – if any – will be selected for release as official products.

Here are the 10 projects that are now being considered: 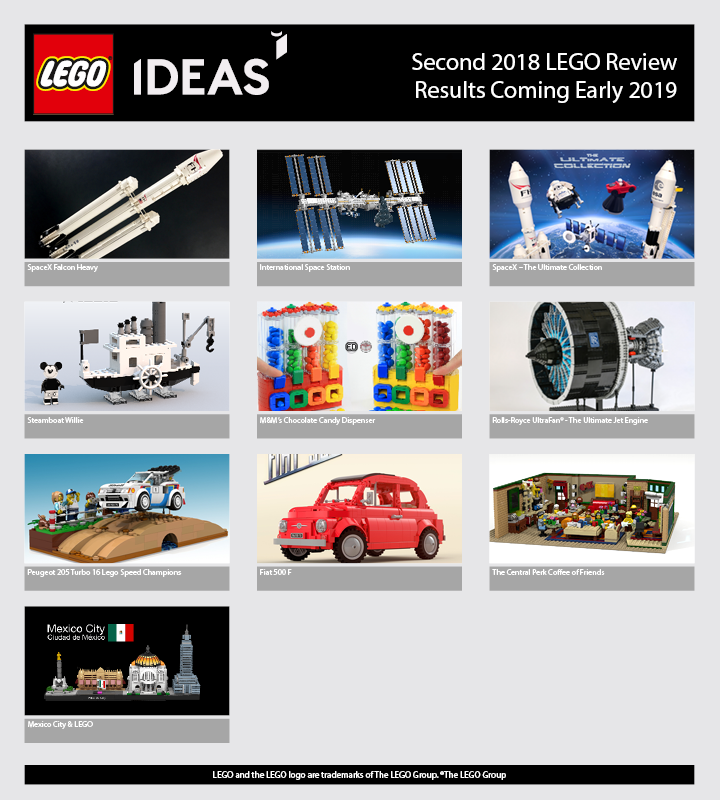 As is often the case, the projects that have achieved the necessary level of support include several based on existing intellectual properties, such as M&M’s, Peugeot and Disney. The results of this review will be announced early in 2019.

The next LEGO Ideas release will be the Pop Up Book. LEGO Ideas 21311 Voltron is available now from shop.LEGO.com.