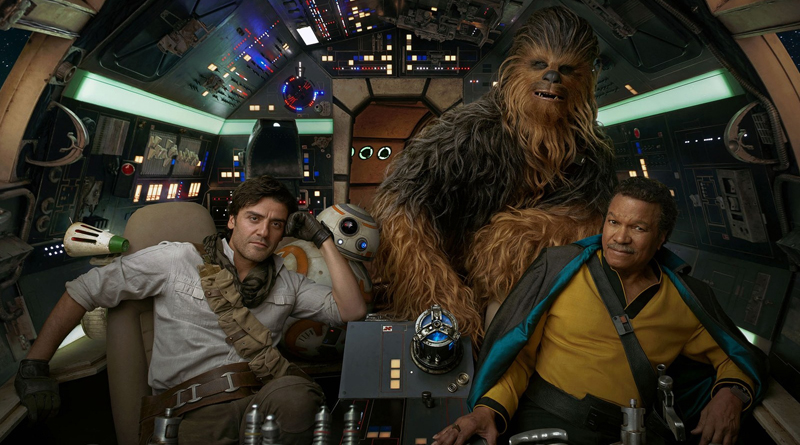 With the release of Star Wars: The Rise of Skywalker concluding the sequel trilogy, Brick Fanatics picks out 10 minifigures fans would love to add to their collections

Star Wars: The Rise of Skywalker is here, bringing the beloved heroes back together for one last adventure. With old favourites such as Leia Organa and Lando Calrissian joining Rey, Finn and Poe Dameron, it is sure to be a thrilling final ride.

Main characters, along with blink-and-you’ll miss-them obscure characters, have been a staple of LEGO Star Wars sequel trilogy sets, with new moulds and highly detailed printing continuously pushing the boundary for minifigure movie-accuracy. Yet even with the dozens of sets released, there are still sequel trilogy characters who have been passed over – so Brick Fanatics is shining a spotlight on 10 that still need the minifigure makeover.

For some inexplicable reason the dutiful Caretakers, who have to put up with Rey’s rather destructive antics, were absent from 75200 Ahch-To Island Training. These avian creatures would need some new moulding, particularly their legs which are chicken-like and don’t match typical minifigure feet, along with a wizened, wrinkled head element.

A deadly bounty hunter, Bazine Netal was hiding in plain sight when she reported the Resistance heroes’ whereabouts to the First Order. Her minifigure could make use of the new LEGO skirt element, intricately printed with its monochrome baffleweave pattern.

Brick Fanatics shows how to build a micro LEGO Treadspeeder from Star Wars: The Rise of Skywalker

Poor Lieutenant Mitaka drew the short straw having to report bad news to Kylo Ren and ending up on the receiving end of his temper. He would be one of the simplest minifigures to make on this list, as First Order uniforms already exist, but he would need a new facial print depicting his Force-chocked terror.

One of the suavest Star Wars characters ever, the Master Codebreaker definitely deserves to have a debonair minifigure. A signature red plom-bloom would need to be printed onto his white tuxedo lapel, his slicked hair needs that silvery streak and a perfect accessory would be some LEGO dice for intergalactic gambling.

Programmed for communications, PZ-4CO may be a background droid, but her bright blue body and imposing height are easy to spot. Minifigure torso and leg elements would require mechanical printing to show her joints and wires, while a new head-piece could re-create her ovular face with its gently glowing red eyes. They are strangely similar to those C-3PO features in trailer for The Rise of Skywalker …

Although Dr Kalonia only had a brief appearance tending to a wounded Chewbacca in Star Wars: The Force Awakens, she plays a larger role in the novel Bloodline by Claudia Gray. Her simple Resistance uniform would need a brown waistcoat along with a cream shirt, and arm printing could include her rank of major in Aurebesh – in very small text.

Captain Peavey could do with some sympathy as he has to endure General Hux’s displeasure throughout the entirety of The Last Jedi. That could be recreated on his minifigure with a resigned expression, giving the LEGO designers the chance to produce a First Order captain with a rank fans have not had before. This is also the only Ade Edmondson character who feels suitable for a minifigure…

After the loss of many Resistance leaders, it is up to Commander D’Acy to gather the remaining crew and announce Vice Admiral Holdo taking charge. A key element to D’Acy’s minifigure would be her curly blonde hair which could use the same piece as Queenie Goldstein from the Wizarding World theme.

She might not get much screen-time, but in Star Wars literature Jess is well known as an ace X-Wing pilot and unlucky with droids. Considering another obscure pilot, Tallie Lintra, appeared in 75196 A-Wing vs. TIE Silencer Microfighters, it is surprising Jess hasn’t come in a similar type of set considering all she needs is a uniquely printed helmet.

Technically Captain Ithano already exists as a minifigure – he’s a playable character in the LEGO Star Wars: The Force Awakens video game. He should be in a crimson colour, as even his cape is a brownish-red, whilst a new mould needs to recreate the curves of Ithano’s helmet in striking scarlet.

Looking back over The Force Awakens and The Last Jedi demonstrates that there are still plenty of characters – from heroes, villains and those in that grey area in-between – for the LEGO designers when it comes to minifigures. After the release of Star Wars: The Rise of Skywalker, there is no doubt that the LEGO Group will produce even more wonderful minifigures of all the new characters, aliens and droids the film is bound to introduce.