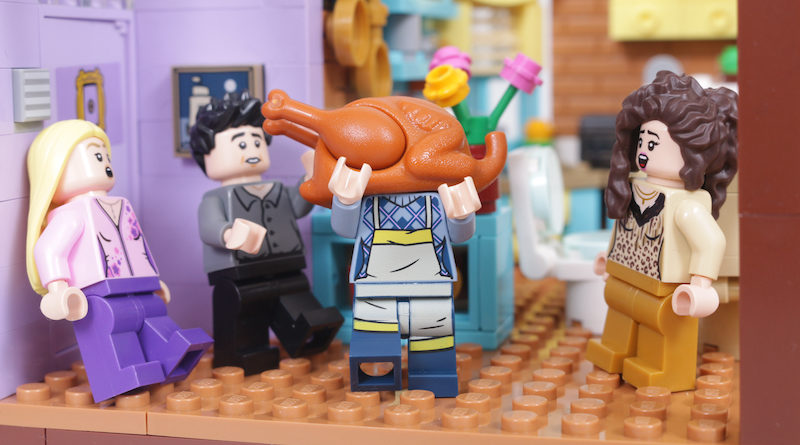 Here are seven things about LEGO Creator Expert’s 10292 The Friends Apartments that are either the best, the worst or somewhere in between.

10292 The Friends Apartments is available to purchase at LEGO.com and in LEGO stores from today for VIP customers, and on general sale from June 1. We’ve reviewed the set and also picked out our favourite references that are included. You can support the work that Brick Fanatics does by purchasing your copy using our affiliate links:

For those still undecided on whether or not to pick up the set, though, let’s now consider seven of the best, worst and somewhere-in-between aspects to the Creator Expert creation.

(Spoilers – of course this set is great, but read on anyway.)

From the earliest rumours right through to whispers in the days before its official announcement, expectation was that 10292 would be ‘Monica’s Apartment’. Even in this modern era of oversized LEGO sets seemingly without a budget cap, it felt a stretch to expect a full-size recreation of both apartments in the one set, yet in all its splendour comes 10292 The Friends Apartments, recreating Joey and Chandler’s and Monica and Rachel’s apartments, complete with even the connecting hallway. It makes for a huge and truly unexpected LEGO set.

Best or worst? The best! The set overdelivered on expectations and that’s a rarity in today’s rumour-fuelled world.

2 ­– Could there be any more references?

Forgive us for that header and also for contributing to the wave of Chandler-inspired quotes across social media when 10292 The Friends Apartments was announced. Anyway, part of the appeal to this set is in the detail. Not only do we get both apartments spread across a large surface area, but they are both packed full of great references to the show, from across all 10 seasons.

Best or worst? The best!

3 – Yes, there could be more references

…and yet, there also feels like there aren’t enough, or at least that the selection included is perhaps too much of a mixture between various eras. Indeed, for how great 10292 The Friends Apartments is at offering such a variety of references across such a large build, it still also feels like a missed opportunity to try something more interactive (and certainly so as to encourage the new wave of adult LEGO fans this is marketed for).

Imagine how good the set would have been if it included additional furniture, items and references from each apartment that you could swap in and out, to better reflect particular eras of the show or even specific episodes, and indeed to match the era-locked minifigures. Joey and Chandler’s apartment is crying out for that oversized entertainment centre, or maybe the brown leather versions of their reclining chairs.

As it is, 10292 The Friends Apartments is a smorgasbord of references. It’s a very tasty smorgasbord, but not all the flavours blend as well as perhaps they could have with the inclusion of a handful of additional ingredients. And for new walk-in customers hungry for a first bite at the restaurant Chez LEGO, do they know they have to bring their own seasoning? Have we taken this analogy too far now? Is anyone else hungry?

Best or worst? Somewhere in between…

If there is one thing that is going to upset anyone building 10292 The Friends Apartments, it will be on page 70 of the instructions, when you put in the front door to the boys’ apartment. In the show, one recurring background gag was the Etch A Sketch stuck to the back of the door and how it would display a different drawing or message from episode to episode.

Where it’s great that the LEGO design team marks this by providing you with a choice of three versions of the Etch A Sketch, it’s not so great that you can only choose one – and it’s a permanent choice. Instead of stickering three 2×3 tiles that you could interchange between connecting to a door design of some sort, you have the impossible decision of which of the three stickers to place directly on to the door.

Best or worst? The worst! Really, this is the only thing to genuinely complain about with this set.

The roast turkey included in the set works as a reference to the number of episodes that in some way or another featured Thanksgiving. However, it also could have served as a reference to an episode where Joey gets his head stuck in a raw turkey in an attempt to scare Chandler, and that Monica then replicates in an attempt to make him laugh. The design for the LEGO turkey doesn’t quite fit that same way, though…

Best or worst? The worst – you want to do it but the result is just terrifying…

If there’s one aspect of the build that doesn’t quite sit right, it’s anyone trying to sit at the kitchen table in the girls’ apartment. For reasons to do with play, the table and chairs are wildly oversized, which has the unfortunate effect of blocking out of sight anyone stood in the kitchen, as well as dwarfing all who stand too close to them. They are curiously the only truly out-of-proportion features to the entire LEGO model. Not bad going, but it does make them look all the worse for it.

Best or worst? Somewhere in between. Great for play, just unintentionally comical.

7 – Minifigures for the times

Even the minifigures of the seven characters included act as references to particular moments or episodes of Friends, from Ross’s tight leather pants to Joey’s attempt to wear all of Chandler’s clothes. Each character’s design is incredibly on-the-nose, to add a further level of detail and enjoyment to the set.

At the same time, such particular designs do also have the unfortunate effect of tying each minifigure to a very specific era of the show, and for few of the minifigures to even sit within the same era as each other. For example, Rachel is based on an outfit from Season 1, Joey is from his appearance in a Season 3 episode, Ross is stuck in those leather pants from Season 5, whilst Monica is based on an outfit worn in Season 7.

For how brilliant each minifigure’s design is, though, it’s a more than forgivable consequence. You just may need to dip into your minifigure collection if you want to change up their appearance, or, in the case of some of them in particular, switch out their haircut…

Best or worst? The best (just about).

And there you have it – seven of the things we noticed about 10292 The Friends Apartments that are either the best, the worst or somewhere in between. In reality, this is a LEGO set that packs in so much detail and reference to 10 seasons of love, life and laughter from one of the most popular sitcoms of all time.

For dedicated Friends fans, the one-two combination of 21319 Central Perk and 10292 The Friends Apartments makes for the ultimate LEGO-based experience, be you a veteran builder or having never touched a brick in your life. Whilst there are things to certainly pick apart, it’s only because of how effectively what sits before you pulls you back into the world of Friends in the first place.

10292 The Friends Apartments is available to purchase for LEGO VIP members from today, before going on general sale on June 1. Read our in-depth review here, and discover 12 of the best references included in the set.

Support the work that Brick Fanatics does by purchasing your copy of 10292 The Friends Apartments through one of our affiliate links: 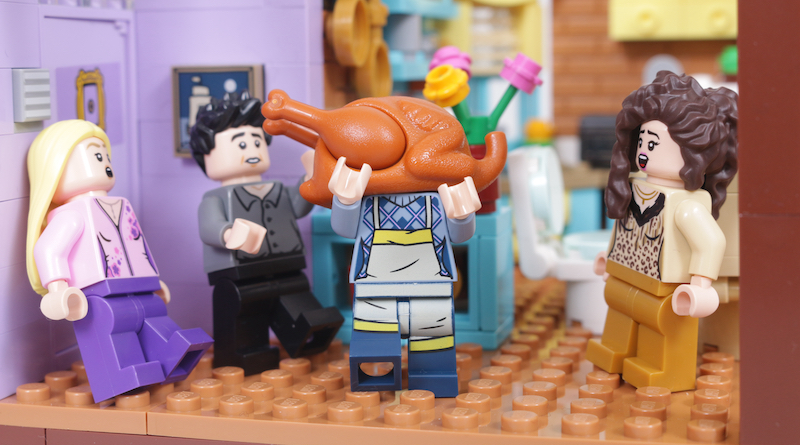