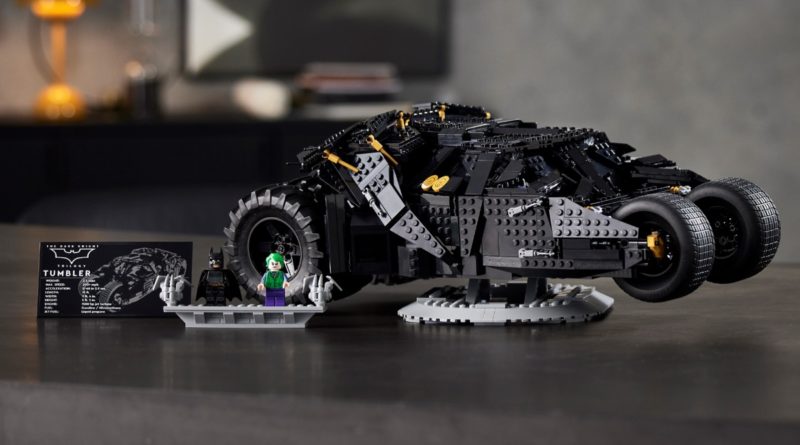 Inspired by the classic work of cinema, The Dark Knight, the LEGO Group has officially launched the new model of the Tumbler today.

Following the release of 76023 The Tumbler in 2014, the LEGO Group have now released an updated model of the Batmobile in 76240 Batmobile Tumbler – now available to order on the official online store.

Seven years have passed since the original Tumbler build, and in that time the LEGO Group has gained a wealth of new parts that can be contributed to the fresh iteration. However, one other change that has graced the growing range of huge Batman sets is the introduction of rooftop minifigure display stands, instead of the simple curved black equivalent from 76023 The Tumbler.

Instead of just using larger black elements to showcase the two exclusive The Dark Knight minifigures and the information plaque, the characters of 76240 Batmobile Tumbler have their own dedicated model that resembles a rooftop with a pair of gargoyles. This matches the design found in the soon retiring 76139 1989 Batmobile and 76161 1989 Batwing.

The minifigures themselves sport updated looks with Joker receiving the most change to showcase his green waistcoat. These will also help to complete your collection of every The Dark Knight minifigure released so far, alongside a purchase of 76239 Batmobile Tumbler: Scarecrow Showdown.

LEGO Batman 76240 Batmobile Tumbler is available now on the official online store and you can read our review to find out more.