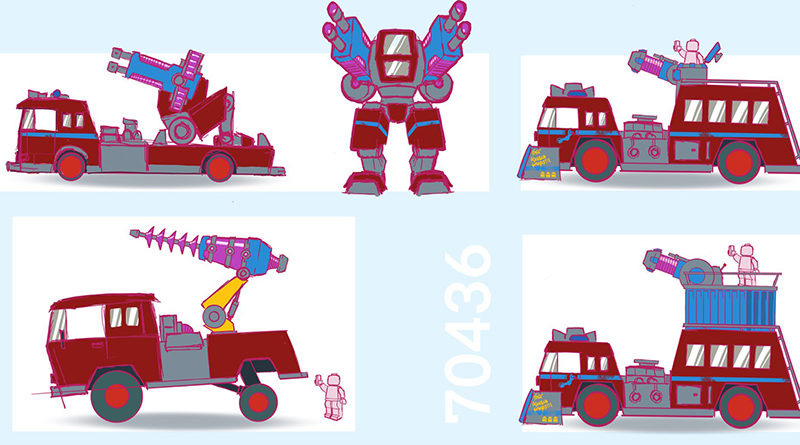 LEGO design projects are shrouded in secrecy. The entire process of coming up with new models is confidential, with the LEGO Group hoping that nothing emerges until the final product is ready for store shelves. That means that it is only rarely that fans get the opportunity to see what goes into product development.

In the case of LEGO Hidden Side 70436 Ghost Fire Truck 3000, which will launch on June 1, Model Designer Niek van Slagmaat has shared a whole series of development images on social media.

“This set was probably the hardest Hidden Side set for me to design,” he writes. “With the new direction for the story and the app and the inherent complexity of this as a toy, having to balance this many factors was mind boggling. At times I had no idea if we could pull this off.”

Here, fans can get a rare glimpse into how the set was developed, with many of the sketch models that led to the finished article revealed. Over to Niek’s own words…

Niek also reveals how he developed the ghoulish villain in the set, Nehmaar Reem – the Harbinger. “I wanted to include some kind of villain, much like we did for the bus. Nehmaar Reem, The Harbinger, was a figure that I had been playing around with since late 2018,” he explains.