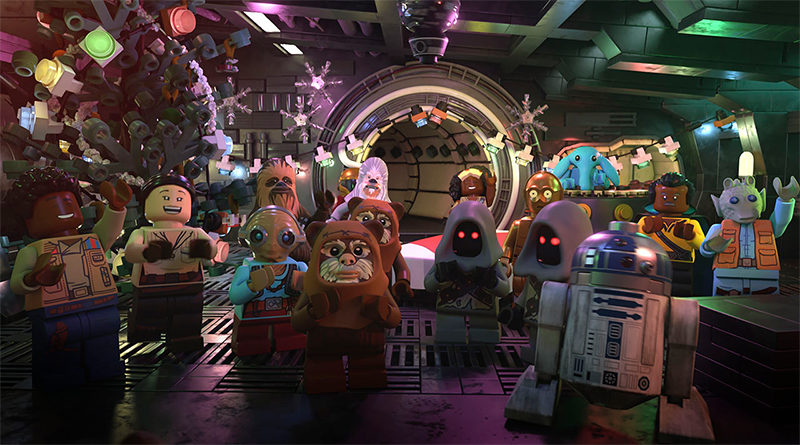 It sounds like the Lucasfilm animation department might genuinely have pulled off the impossible, and redeemed the tarnished name of a “Star Wars Holiday Special”. It’s currently sitting at 71% on Rotten Tomatoes, which is 44% higher than the much-maligned 1978 original.

The one-off 44-minute special sees Rey and BB-8 on an adventure through time and space, interacting with characters from across the entire Star Wars saga. Here’s a selection of first impressions from reviewers around the web:

“True to its name, it’s a holiday special: a fun, family-friendly comedy packed to the Mon Calamarian gills with in-jokes from a galaxy far, far away, and a sprinkling of festive flavour. On those terms, it’s as delectable and digestible as one of Frog Lady’s precious eggs.” Ben Travis, Empire

“The LEGO Star Wars Holiday Special isn’t the disaster that the original holiday special was but there are areas in which it could be improved.” Danielle Solzman, Solzy at the Movies

“A fun addition to the franchise that most fans will truly appreciate, no matter which trilogy they think is the best.” Tessa Smith, Mama’s Geeky

Not every reviewer found it equally charming, though. RogerEbert.com’s Simon Abrams, for instance, said the LEGO Star Wars Holiday Special is “a studiously inoffensive mess, being both self-conscious and desperate-to-please, but also unfocused and un-funny”. And Andrew Parker wrote for The Gate, “This cheap looking and barely passable animated yarn is aimed squarely at the youngest and least discriminating of kids.”

We’ll have to watch the animated special for ourselves to find out for sure. Happily, there’s not long to wait: the LEGO Star Wars Holiday Special arrives on Disney+ tomorrow. In the meantime, check out the first time-travelling trailer.