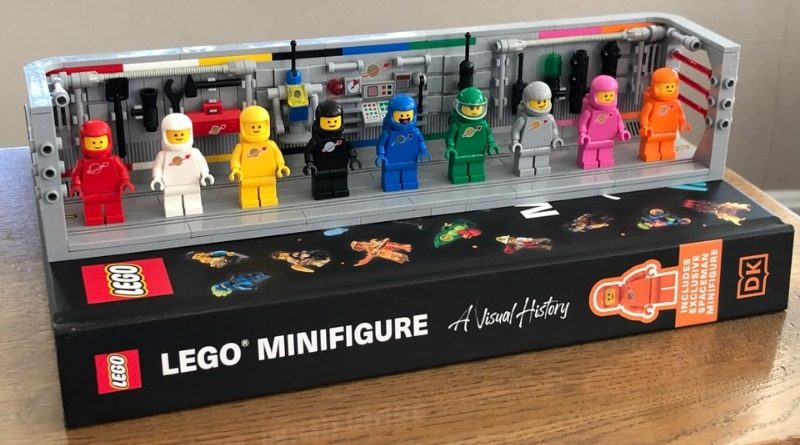 The line-up of LEGO Classic Space minifigures has grown again with the addition of an orange astronaut. But what do they all look like together?

The answer, it turns out, is “really, really satisfying”. Redditor jmklamm snapped an image of all eight astronauts released to date (plus one extra!), and we just can’t stop staring at them. There’s something really harmonious about seeing these smiling spacemen, identical but for their colour schemes (and a couple of helmets).

Of course, those feelings might be exacerbated by the builder’s brilliant backdrop, which manages to push all the right nostalgia buttons. The wall-mounted robot, original computer tile and retro minifigure accessories really hit the sweet spot for Classic Space fans.

The classic astronaut originally came in five colours: red, blue, yellow, black and white. The green version popped up in 2014’s LEGO Ideas 21109 Exo Suit, but lacks the same retro helmet. The pink spaceman then joined the ranks in 70841 Benny’s Space Squad, which launched alongside The LEGO Movie 2: The Second Part.

Finally, the orange version arrived in October with LEGO Minifigure A Visual History New Edition, which is available now from Amazon. That just leaves the grey version, which has technically never been released as an official minifigure. Instead, jmklamm has cobbled it together from separate sets.

You’ll find the hands and legs in any number of sets, but the Classic Space logo torso only turned up in the Collectible Minifigures Series 17’s Rocket Boy. The grey airtank appeared in a few Space and Town sets, as well as a single World City set, 2003’s 7047 Coast Watch HQ. It doesn’t quite match the torso, as the LEGO Group changed its shades of grey in 2005. But that’s not the real sticking point for Classic Space fans.

Yes, it’s actually the helmet that’s proved most problematic. The traditional version with a thin chin strap was only available in one set, 1066 Little People with Accessories. As you can probably tell from its somewhat politically-incorrect moniker, that LEGO Education model was released all the way back in 1982. The helmet is a little hard to come by these days – case in point, there are none available on BrickLink right now.

That means jmklamm has had to rely on a modern helmet for their grey spaceman. It’s not quite the same, but it does help the green version to stand out a little less awkwardly. Besides, you’ll only really notice if you stare at them for too long (as we clearly have), or you’re way too pedantic about classic LEGO (as we clearly are).

For everyone else, this is just a really satisfying line-up of minifigures. All we need now is the purple version teased in this year’s Rebuild the World ad.