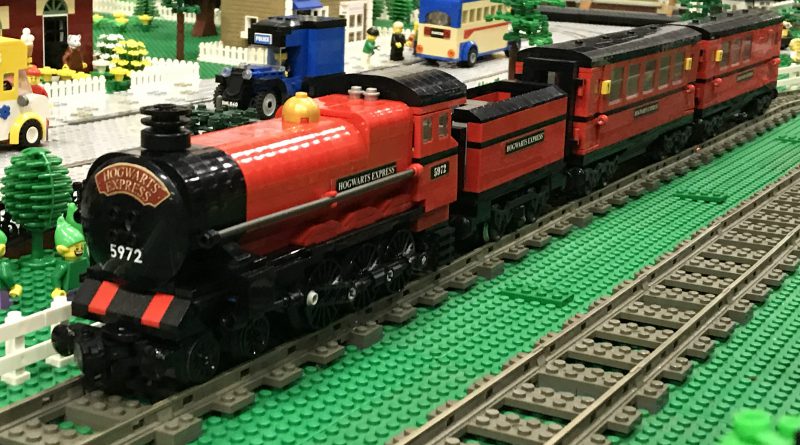 The beauty of the Brickish Association’s Great Western Brick Show is that not only do you get to enjoy one of the best LEGO exhibits in the country, but the location within a historical steam museum makes it a two-for-one day out. 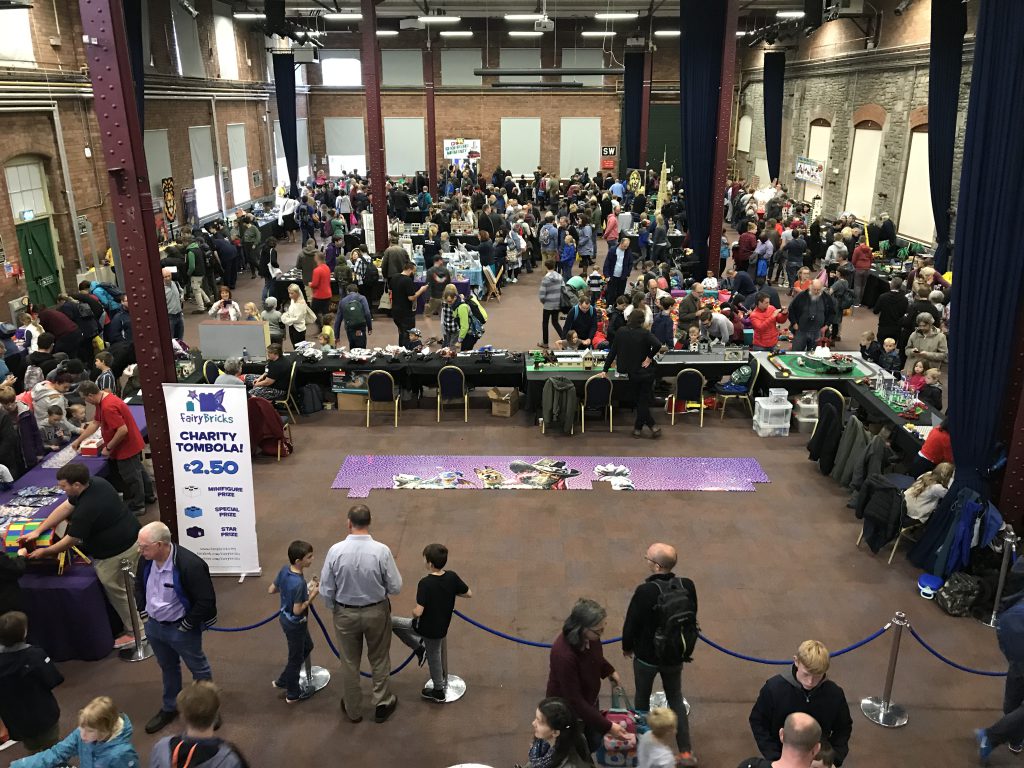 Upon entering the first exhibition hall, you are welcomed by some smaller models with a giant BrickHeadz representation of Lester the minifigure proving particularly popular. Moving on you couldn’t miss the enormous display created by the team of historic buffs and builders supreme, Brick To The Past. Every year they try to out-do their previous collaborative build with this year’s being about Henry Morgan, the Welsh raider of the Spanish main. A gargantuan collaborative effort packed with details everywhere, including some particularly accurately designed ships by builder Simon Pickard. The brick-built sails, rather than cloth ones, were particularly impressive.

Before exiting the room, the familiar faces of LEGO Masters finalists, Nicolas and Kobe Geerhaert, were on hand with a stunning selection of builds, including some clever optical illusions, a great Blacktron model and a very eye-catching, but improved version of the chair they made for the TV show. In a more realistic colour palette than bright orange, I can vouch for the incredible stability of it, having been invited to try it out first hand.

In the main hall, Fairy Bricks had a large area with a tombola raffle, as well as their annual giant floor mosaic – this year’s being Fortnite themed. Looking around at every table it was evident that the builders within the Brickish Association have continued to raise the bar for the already incredibly high standards showcased in previous years. A great-ball-contraption had a small crowd surrounding it for most of the day, with other kinetic builds proving popular with everyone. One particular train display was based on old children’s characters from books and TV, with a fun ‘spot the character’ quiz adding extra interest.

One build that really caught my eye was the pieces of art in a tri-vision display frame by Sonia Hudson. Featuring the Starry Night, the Mona Lisa and the Great Wave on rotating prisms was an extraordinary feat that looks even more impressive than it sounds. Of course, you can’t go to a LEGO show and not get hands-on yourself, so a giant pit of sand-green LEGO pieces was available for free-building as well as a large Duplo pit for the kids to dive into – literally.

Another highlight was the Robot Wars-esque battles that took place three times a day, with some rather brilliant LEGO models bashing the slightly less brilliant in front of an audience hungry for some destruction of the brick kind. Lastly, no day trip is complete without exiting via the gift shop. On this occasion there was a pop-up LEGO Store as well as other LEGO vendors, providing you an opportunity to grab that missing minifigure for your collection.

Every year, the Great Western Brick Show highlights some of the best builders around, and I can’t wait to see what the 2019 show has in store.