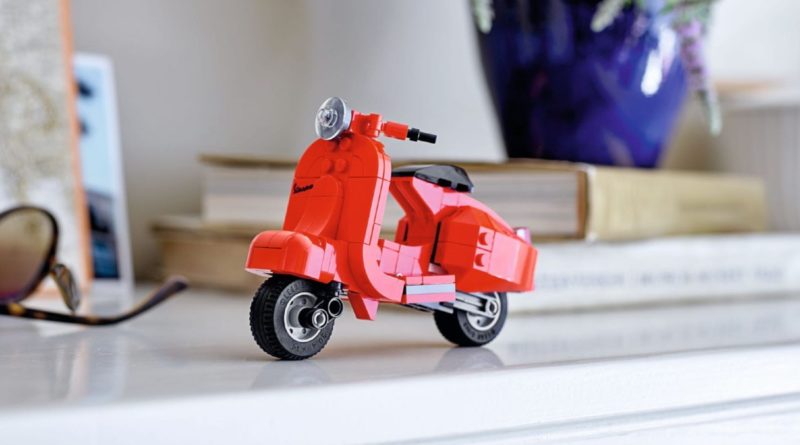 With the reveal of two new LEGO Vespa models, these aren’t the first scooter sets in the LEGO Group’s history with others dating as far back as 1976.

10298 Vespa 125 and 40517 Vespa are releasing on March 1 and while they may the debut of a partnership between the LEGO Group and Vespa, other themes have been home to scooter builds before, from Fabuland to modular buildings.

We’re highlighting a selection of these previous LEGO scooters, leading to the two upcoming official Vespa sets to recount the journey of these brick-built vehicles so far.

One of the first LEGO scooters was 212 Scooter from 1976, at a scale similar to the new 40517 Vespa. This build included two brick-built figures placed onto the red model and helps demonstrate the simplicity of older LEGO sets.

Moving forward to 1979, Fabuland also featured a scooter owned by Ricky Racoon. This would be an introduction to specialised scooter elements that wouldn’t be revisited until decades later in 2014.

10243 Parisian Restaurant included the debut of the minifigure-scale scooter brick. This element was first featured in the modular building but has since appeared in several other models such as a modified, flying version in 71741 NINJAGO City Gardens.

Recently revealed on the official online store, 40517 Vespa will soon be available for purchase as one of two officially-licensed Vespa scooter sets launching on the same day. This smaller model includes recognisable details in the curved design as well as stickered elements for the logo and more.

As easily the largest build in this list, 10298 Vespa 125 includes 1,106 pieces for a huge and intricate recreation of the vehicle and additional accessories. You can find out more about the new set in our video and written reviews.