It feels like a long time waiting for this Batwing, both within the context of the LEGO Movie Universe, and with consideration to what the wider plethora of LEGO Batman sets have brought us in a decade of the Caped Crusader in brick form. When we were anticipating what sets would tie in with 2014’s The LEGO Movie, knowing Batman was in the character roster had us dreaming. The trailers showed glimpses of bat-vehicles and, whilst the first wave of sets didn’t include any, there was hope after seeing the film that either the Batmobile or Batwing that Will Arnett’s Bats got to drive would have had a tie-in set. Unfortunately not.

Then, when the first wave of sets for The LEGO Batman Movie were released, it was notable that whilst a number of bat-vehicles from the trailers and film had been converted into physical bricks for us to sophisticatedly interlock, there was still no Batwing. Alongside this, the LEGO Group’s treatment of the Batwing since the almost flawless 7782 The Batwing: Joker’s Aerial Assault from 2006 has been hit and miss. There was the dramatic downsize in 2012’s 6863 Batwing Battle Over Gotham, the flying thing we can’t really call a Batwing in 76013 Batman: The Joker Steam Roller, and 2016’s 76046 Heroes of Justice: Sky High Battle, which offered a great new take on the vehicle, but missed a lot of the classic design points old school bat-fans look for. For those wanting a classic rendition of one of Batman’s oldest modes of transport (78 years old, to be precise), able to match the standards of 7782 but hold its own as a unique, worthy addition to the LEGO bat-collection, 70916 The Batwing’s arrival this summer as part of the second wave of tie-in sets with The LEGO Batman Movie, has felt like a long time coming. It. Is. So. Worth. The. Wait.

It may be a £100 set, it may only have three minifigures included – only one of which is unique – and the secondary build may be forgettable, but this is a set that is all about building the ultimate Batwing. It’s big, it’s bulky, it’s mainly only in black and very, very dark grey, it’s shaping and details are both true to the recent movie and the more classic Batman, and it’s the perfect addition to anyone’s LEGO bat-collection.

The set is suitably complex for this price point and the end result is satisfyingly heavy and large. The Batwing’s width measures around the same as the height of the Batwing in 7782 The Batwing: Joker’s Aerial Assault, but it is far bulkier – that extra thickness is the result of a sturdier construction that alone demonstrates how far design has come in the 10 years of bat-building experience since 7782.

The wings are chunky and full of texture and, most importantly, from above they make for a great bat-shaped silhouette when attached to a central body that is home to most of the build. Importantly, though, achieving that great bat silhouette hasn’t come at the expense of detail or proportionality elsewhere – nothing seems out of place nor out of scale– not too big, too small, too short or too thin. The build is seamless 360° around and, in spite of its size, it remains impressively detailed. It means that whilst this is a Batwing with a great silhouette, it is also a Batwing with plenty of other angles, design points and facets to it that will keep even the most ardent bat-fan in awe. This may look great flying into the sun, but no matter how or from where you look at this Batwing, nothing in it is wasted, unnecessary or without value.

The central body, for instance, harbours two SNOT-constructed engines that offer a modern take on Batman without compromising the more classical points of a bat-vehicle. As in, the engines give the vehicle that sense of immeasurable power whilst still fitting into the overall aesthetic of looking like a bat. It is a design point that is immense in size, weight and sleekness. The same goes for function, as this is where the key play feature is – those engines vertically rotate, to allow for taking off, landing and hovering in the tightest of spots.

It is movement that is facilitated by a Technic axle-based internal build that is activated through turning the light grey turret that sits on the top of the vehicle’s body. A mechanism unique for how it has been achieved, it is perhaps built in such a way due to the sheer weight and size of the parts that such a small activation point is having to turn.

However you look at this set, there are great angles to take in, such as with the cockpit. Whilst the film made clear that last time he checked, Batman ‘only had one butt’, the flight deck in 70916 is two-seater, with Robin able to sit behind the Dark Knight and even have his own stickered panels to hit. The main focus to this ‘head’ of the Batwing, however, is in the printed trans-yellow cockpit. It’s the same tint as appeared in 70816 Benny’s Spaceship, Spaceship, SPACESHIP! whilst the printing is similar to the style on the trans-clear version of the piece as per the recent X-wing sets that are out. However, the printing pattern here is unique, it is bat-themed and adds an authentic touch that stickers could not have achieved. It’s certainly a piece that would look great on many a bat-MOC…

There’s little to fault the Batwing, but the same cannot be said of the minifigures and supplementary build. The inclusion of just the three minifigures feels like an opportunity missed, particularly when two of the available slots have understandably had to go to Batman and Robin. Yes, this may be the umpteenth inclusion of both already, but if this was the only set you were buying from the TLBM range, you’d need them piloting it. Harley Quinn is exclusive and threatens to make up for the light number of minifigures all by herself, but, when you consider just how many minifigures made the cut in a lot of other sets within this line, you can be left a little wondering about 70916.

Harley’s stud-shooting cannon is a neat build, but, rather pointless both in scale and reality – that hammer may stand a better chance against the Batwing, truth be told.

However, pointlessness and lack of size play in favour of the other small build included, Robin’s small bat-cart. Batman has been kind enough to let him have his own vehicle, and it’s so brilliantly simple and non-lethal, you can’t help but love it.

Overall, take 70916 The Batwing at its name. The star of this set and a standout build within the whole The LEGO Batman Movie range, the Batwing is a must-have addition to those LEGO Batman fans fortunate enough to have the right budget. The build is covered in design points that offer depth, detail and display, and its mix of modern and classic Batman is enough to have it justify a place in a LEGO Batman collection where some of the other TLBM sets may not sit so comfortably.

For those all about collecting the minifigures, Harley Quinn’s inclusion here may have you fuming, then scouring the secondary market. But, most shouldn’t focus too much on minifigure count this time – there’s just too much to love about this truly worthy and long-awaited Batwing. 70916 The Batwing comes after a very long wait, and means that finally, you have the Batwing that you deserve. It is also the Batwing that you need.

70916 The Batwing is available now from shop.LEGO.com. You can help support Brick Fanatics’ work by using our affiliate links. 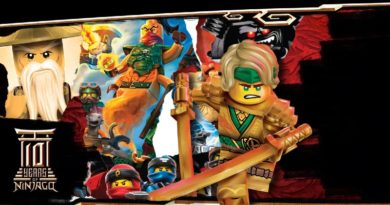 To commemorate the tenth anniversary of LEGO NINJAGO, a new webpage has been added to the official online LEGO store,

END_OF_DOCUMENT_TOKEN_TO_BE_REPLACED 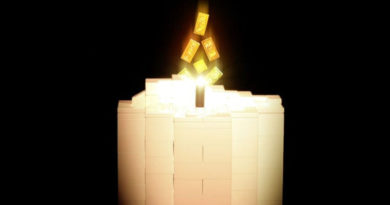 A new set of online resources has been released to help promote the LEGO Group’s Bygge Hygge campaign, included a

END_OF_DOCUMENT_TOKEN_TO_BE_REPLACED 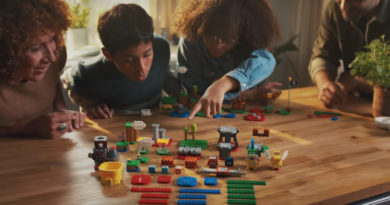 A trailer for the new LEGO Super Mario 71380 Master Your Adventure Maker set has released, showing off all the

END_OF_DOCUMENT_TOKEN_TO_BE_REPLACED 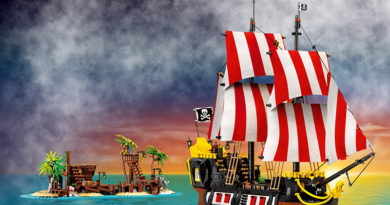 The LEGO Group is promoting another fan-made animation on their YouTube channel, this time focusing on LEGO Ideas 21322 Pirates

END_OF_DOCUMENT_TOKEN_TO_BE_REPLACED 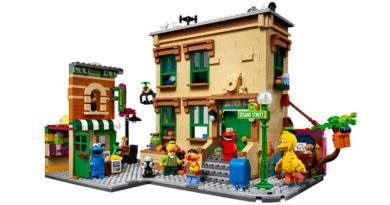 The LEGO Group has uploaded a new stop-motion animation that might help fans get to Sesame Street, featuring the LEGO

END_OF_DOCUMENT_TOKEN_TO_BE_REPLACED 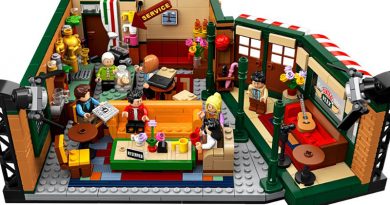 Another rumour has surfaced, suggesting that one more LEGO set based around the TV sitcom Friends might be on the

END_OF_DOCUMENT_TOKEN_TO_BE_REPLACED 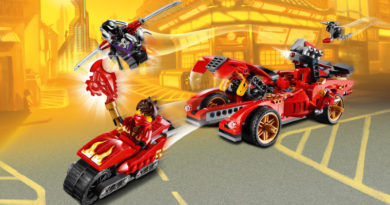 LEGO NINJAGO is celebrating the 10th anniversary of the theme, so it’s time to look back and discover its origins, with 2014 bringing

END_OF_DOCUMENT_TOKEN_TO_BE_REPLACED

More information surrounding LEGO World builder’s first acquired world has been released, revealing that the LEGO Group is working on