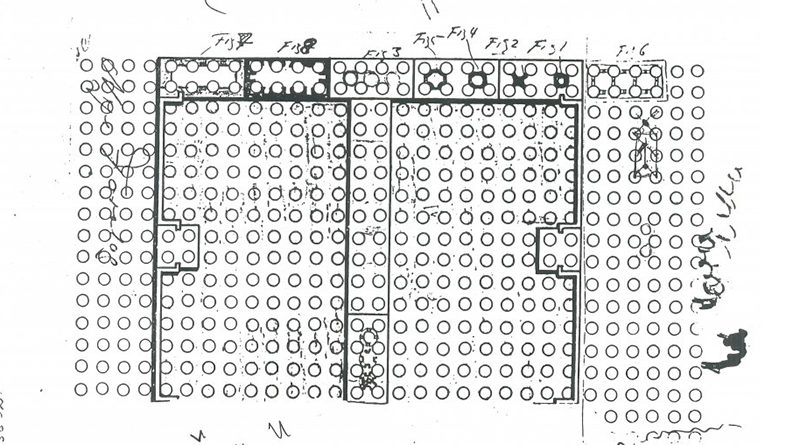 On what would have been Godtfred Kirk Christiansen’s 100th birthday, the LEGO Group has revealed that the iconic brick was designed in just five days.

“For decades we have been unable to give a precise answer to the question of how the LEGO brick was developed, and who was the mastermind behind the design,” says Signe Wiese, Corporate Historian. “We have been convinced that it was a lengthy development process carried out by a team of LEGO employees in the mid to late 1950s. Thanks to newly-discovered material, we have found out that Godtfred actually played a pivotal role in developing the LEGO brick that people all over the world love today.”

Here is an extract from the article:

It’s January 23, 1958. Three men are sitting in a LEGO office in Billund. The three men are Godtfred Kirk, his brother Karl Georg (presumably) and Axel Thomsen, head of LEGO sales office in Germany.

The latter explains that he’s getting complaints from his customers in Germany about the fact that models built with the company’s plastic building bricks are lacking stability and clutch power.

The problem is discussed at length, and several ideas and solutions are put forward. At some point, Godtfred finds a piece of paper with circles on, and starts to sketch the different ideas for a new brick design. That same day, Godtfred hands the sketch to Ove Nielsen, then head of the LEGO moulding shop. He is instructed to make a sample of the new brick design with two inner clutch tubes.

But during a trip back from the patent office, Godtfred wonders if three tubes will provide better clutch power than two. By the time he is back in Billund, he is convinced that three tubes is the way to go.

Ove Nielsen creates a new sample by cutting up and sticking together existing pieces, which is then fast-tracked to the patent office. On January 28, 1958 at precisely 1.58 pm, the patent is filed for the iconic three tube LEGO brick.

“We’re now able to conclude that it took no more than five days to develop and patent the design of the LEGO brick, and we can also conclude that the mastermind behind this everlasting design was none other than Godtfred himself. I can’t find a more fitting way to celebrate his 100th birthday,” says Signe.