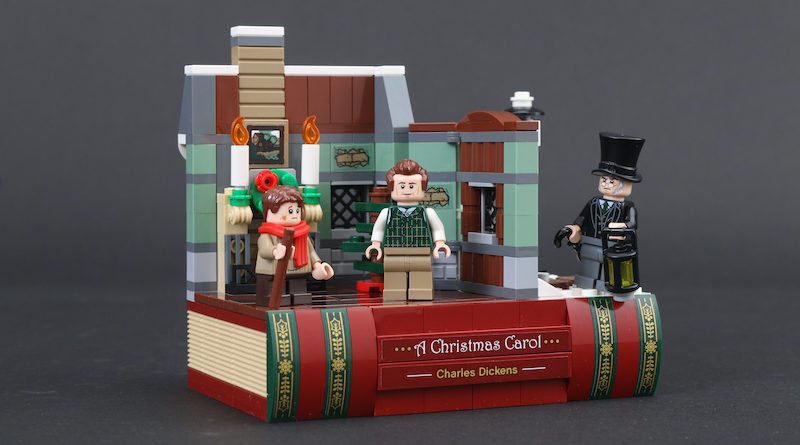 A new day of LEGO deals is upon us as several of the July promotions are set to crossover very soon, including a tribute set that’s back for a limited time.

Those who missed out on 40410 Charles Dickens Tribute when it was available as part of the Black Friday offers in November of 2020 will soon have another chance at scoring the exclusive set as part of a Christmas in July event.

Whilst it might not seem seasonal, tomorrow will see the return of the model alongside the rest of the July promotions, with three in total available for just under a week. North American Builders who have a purchase pending will need to get their wallets at the ready as July 12 will see 40410 Charles Dickens Tribute, 40486 Adidas Originals Superstar and Double VIP points all on offer at LEGO.com at once.

Such a day of LEGO deals doesn’t come around often and we’re sure that fans will already have a few sets in mind to add to their digital baskets when everything kicks off very soon.

These promotions might be especially tempting for US builders, who have just seen the launch of the various summer waves of sets on the official online store, as well as the recent release of massive models such as Marvel 76178 Daily Bugle. You’re simply spoilt for choice on the official online LEGO store, at least until July 18. However, only those in the US will be able to redeem 40410 Charles Dickens Tribute.

You can take a look at the details for each offer in our handy guide but overall you’ll need to spend at least £150 / $150 / €150 to get absolutely everything, with the double points automatically added to your account upon purchase. This is likely to be the last time that 40410 Charles Dickens Tribute is available, so make sure you’re ready if you plan on adding it to your collection.