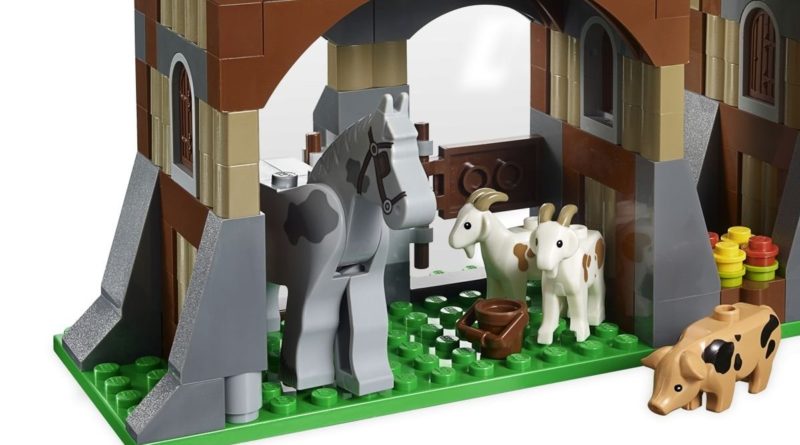 The price of one retired LEGO goat has raised to as much as a brand new set as rumours of a fresh farm subtheme for LEGO CITY surface.

It should come as no surprise that the LEGO goat has been in high demand after appearing only once in 2011’s Kingdoms 7189 Mill Village Raid. Frequent readers will know that the saga of the plastic animal has been ongoing for a while as LEGO designers know how coveted the brick is, but haven’t been able to bring it back.

At the time of writing, one used LEGO goat on Bricklink is available to buy in the UK for £48, with regional prices varying near to that cost. For that amount, you could instead get one or more of the newest 2022 LEGO sets, demonstrating how in-demand the LEGO animal continues to be.

As time passes since the release of 7189 Mill Village Raid, the price is likely to increase as fewer LEGO goats float around the internet for sale and find permanent homes in displays. However, rumours suggest that the summer 2022 range of LEGO CITY will include a farm subtheme, which may be another opportunity for the horned creature to return.

The LEGO Group has not officially confirmed these rumours, and should they be accurate official images are unlikely to arrive soon. Recent releases have included several new animal elements fit for a farm such as a foal in 71032 Series 22 and a sheep in 10775 Mickey Mouse & Donald Duck’s Farm, both of which could appear in the rumoured models.

Support the work that Brick Fanatics does by purchasing your LEGO CITY sets through one of our affiliate links.