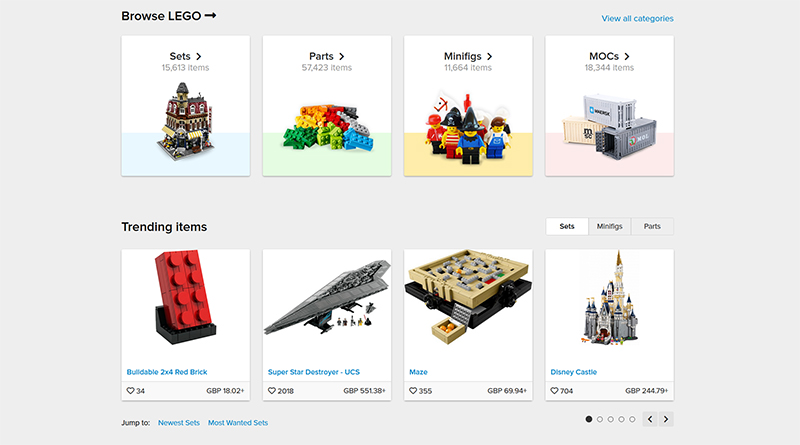 With lots of questions around the LEGO Group’s acquisition of Bricklink, Brick Fanatics considers what fans know – and don’t know – at this point

Bricklink started life as an online marketplace, much like eBay, for the selling of LEGO elements and sets. It has changed in recent years to include additional functions, including the ability to buy builds designed by other fans with fewer clicks. Stud.io, digital brick building software, was also introduced. Last year saw the website’s first collaboration with the LEGO Group for the AFOL Designer Program, which saw non-branded sets released.

Who owned Bricklink before?

Daniel Jezek founded Bricklink in 2000 as a place for him to sell LEGO elements, before hosting other stores on the website and developing it into a marketplace platform. He ran the site for a decade, until he tragically passed away in 2010. At this point his bereaved family continued to run the website.

In 2013, Bricklink was acquired by NXMH, a company owned by Korean entrepreneur Jung-Ju Kim. As was the case prior to the change in ownership, the website was entirely independent of the LEGO Group.

How big is Bricklink?

The announcement reveals that Bricklink has 1.2 million users worldwide, although it is ulikely that all of those are active users.

Why has the LEGO Group acquired Bricklink?

This is not entirely clear. A statement from the LEGO Group’s Chief Marketing Officer, Julia Goldin, is vague: “BrickLink provides the LEGO Group with a unique opportunity to connect with adult fans through new channels and exciting experiences.”

Another comment from the LEGO Group makes it clear that Bricklink has not been purchaseds for money-making reasons, but because “It is about strengthening our connection with the large and growing adult fan community – who are important to long-term success.” For a privately-owned company of course, “long-term success” presumably means making money though, so depending on the perspective taken, profit could still be viewed as the motivation.

Speculation on social media and LEGO forums is focused on the valuable data that Bricklink has, including knowing the elements that fans are buying and in what quantity, as well as the value of retired LEGO sets and how popular specific sets are. This kind of detail could be very beneficial to the LEGO Group.

Why does the LEGO Group want to get involved with an online marketplace?

This is a good question, as typically the LEGO Group attempts to discourage re-selling of the company’s products, despite that being Bricklink’s primary purpose.

In none of the LEGO Group’s statements is the online marketplace mentioned and it is only mentioned by CMO Julia Goldin in interviews when she is specifically asked about it. Bricklink is referred to as a “platform”.

Bricklink acknowledges in the website’s statement that the future is uncertain: “So, what does this acquisition mean to you? It’s too soon to tell what exactly will happen at this point, but the direction is clear. The LEGO Group shares our ambition to create the best possible platform / experience for adult fans.”

The constant reference to a “platform” and phrases such as “collaborating further with our adult fans” imply that the LEGO Group will seek to move Bricklink away from what has been its main purpose, and focus more on aspects such as Stud.io and the AFOL Designer Program. These might just be superficial emphasis changes to obscure that the LEGO Group is taking commissions on the selling of second-hand products, or it may be a meaningful shift.

Ultimately, this is all speculation as the LEGO Group’s intentions remain unclear.

Immediately, nothing, according to Goldin. That is, except for custom military parts such as Brick Arms elements – those will be removed. She told the Brothers Brick: “you would not see BrickArms and guns and things that are potentially particularly connected to things like warfare and violence, which is something that we decided as the LEGO Group we would never support. Those kinds of things we would not want to see on the platform.”

Will this mean the LEGO Group can sell large quantities of loose parts directly?

A selection of elements is already available to purchase at LEGO.com. It seems that initially, the Bricklink marketplace will continue as normal – but the carefully worded answer relating to this, given in the same interview, does not rule out the LEGO Group selling more pieces directly going forward:

“We will need, obviously, to evolve and understand what is the best way, the best service that we can provide, and where they can be complementary to what they’re already getting. It’s not about being competitive with the marketplace, but it’s about understanding how can we serve the fans better and where the demand is that we’re not yet servicing.”

In an interview with Brickset, Goldin also noted that the LEGO Group will not seek to influence the price of elements: “We would seek to maintain the marketplace in a way that is competitively robust and we will continue to allow sellers to operate as they are doing already. LEGO will not be interfering with that in any way.”