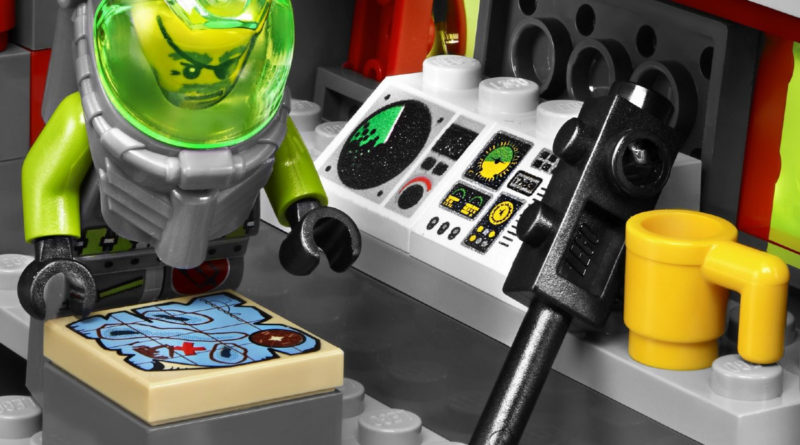 An electronically-minded Twitter user has created a LEGO brick with an animated computer display, and it’s set our minds ablaze with possibilities.

The LEGO Group is no stranger to printed control panels in its sets. The arrival of themes like Space demanded slope elements and other pieces with control interfaces, and dozens of designs have appeared in LEGO sets over the years. With the increasing usage of stickers for decoration, any printed elements in LEGO products are greatly appreciated nowadays.

Now, though, it may be time for the LEGO Group to step its game up. Twitter user James Brown (not that one) has posted a video on Twitter of a LEGO element with a working video display. Flashing lights and scrolling text offer some astonishing functionality in a tiny space.

Other tweets in the thread detail the assembly process. The scrolling text appears on a tiny screen connected to a circuit board and a series of wires. The electronic components are then housed in a 3D-printed element, which is in turn enclosed in ‘gunk’. Try to keep up with the technical language here.

The hard part (as you might expect) is powering the circuitry itself. James’ video shows the element drawing power from what appears to be an old LEGO 9V battery box. It’s not clear if the brick demands a battery this large, or if this was merely the simplest way of demonstrating it. Generally, though, official LEGO electronic components demand large, bulky battery boxes to operate – suggesting a similar approach if an official version were ever created.

Even so, the door has now been opened to some bold new approaches to LEGO interfaces. We hope James continues to build upon his discovery. If you’re a fan of the classic display style, we may be receiving some old-school printed control panels in a reimagined LEGO Classic Space set this year.