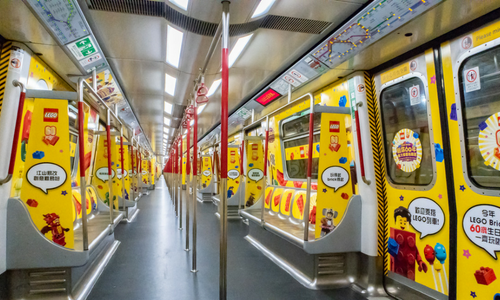 In another anniversary team up, the LEGO Group has taken over an MTR express train in Hong Kong, China.

To celebrate 60 years of the LEGO brick, the LEGO Group has taken over the interior of an MTR express train in Hong Kong. The entire inside is decked out with huge minifigure and LEGO brick decals, as the characters party like it’s an anniversary. “Building the world’s creativity for over 60 years,” text on the wall declares. In their party outfits, the minifigures from the recent 40th celebration series are the focus of the campaign.

Those looking to check out the unique design can find it on the MTR Tsuen Wan line exclusively, and it will be there until August 15. As well as the 60th anniversary of the classic LEGO brick, 2018 marks 40 years of the iconic minifigure. 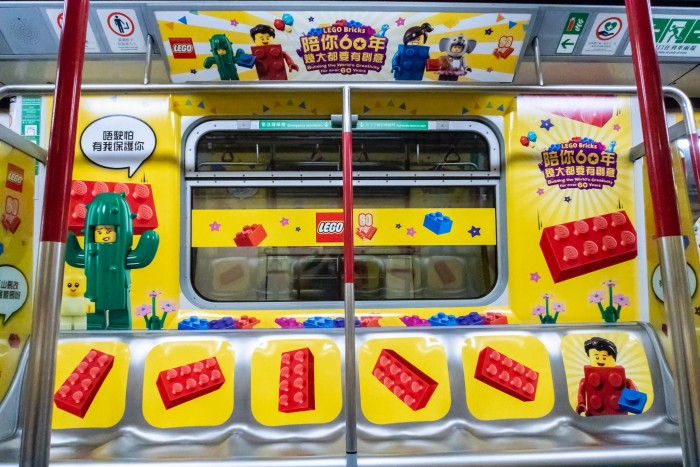 This marketing campaign was developed especially for Hong Kong. “We make sure it is fun and engaging,” Troy Taylor, The LEGO Group’s General Manager for Hong Kong, Macau and Taiwan told Marketing Interactive.

In addition to the physical fun on the train, the LEGO Group in Hong Kong has launched the first ever brick based Facebook filter, before it had its worldwide roll out.