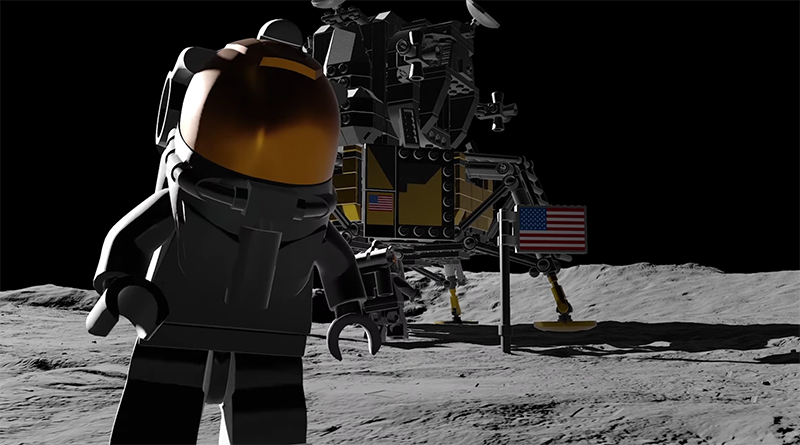 It was 50 years ago that people first set foot on the Moon, represented in the recently released set LEGO Creator Expert 10266 NASA Apollo 11 Lunar Lander (review). In a special clip shared on YouTube, the LEGO Group has taken the real-life audio from the Moon landing and applied to a four minute animated segment that sees minifigure Neil Armstrong and minifigure Buzz Aldrin arriving on the Moon.

In the animation, the astronauts leave the lander, walk around on the Moon’s surface and plant the American flag.

The LEGO Group constructed a life-sized Apollo astronaut using 30,000 bricks to mark the occasion, which visitors to the Apollo 50 Festival have been able to see over the past few days. The company has also announced a partnership with Scholastic to send 50 children to NASA Space Camp next year.

In an exclusive interview with Brick Fanatics, LEGO Creator Expert Design Manager Jamie Berard explains how the set was developed.