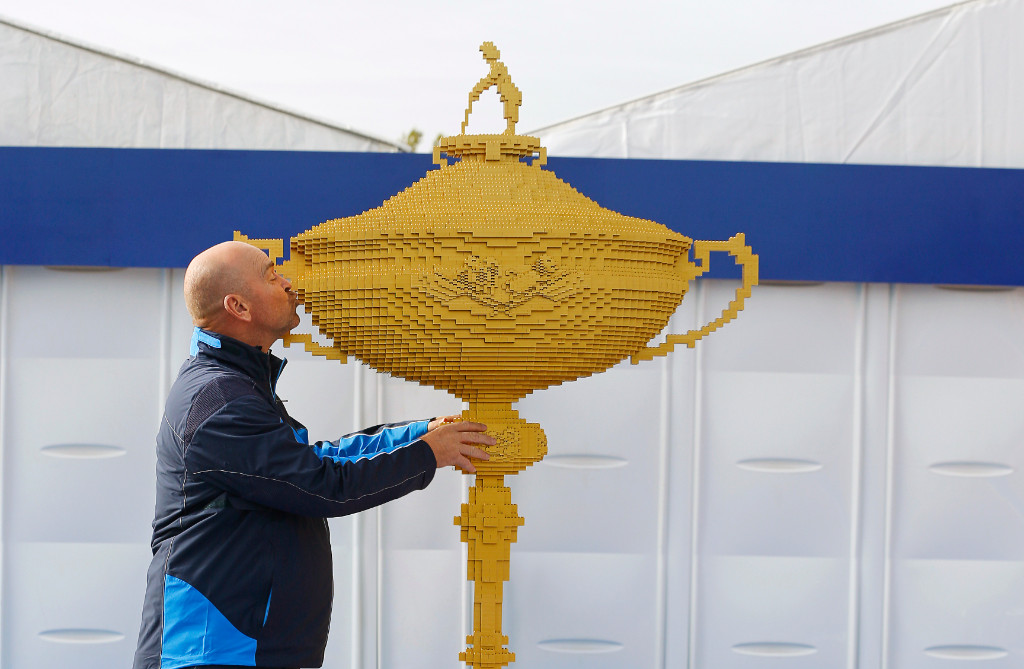 Talented builders at the LEGO Group have put together the largest ever replica of the Ryder Cup trophy to celebrate the golfing tournament.

To acknowledge the first ever Danish European team captain, Thomas Bjørn, the LEGO Group – also hailing from Denmark – has produced a giant replica of the Ryder Cup. The model uses 169,397 LEGO bricks, took 264 hours to build and measures 2.38m tall.

“As a Dane, I am proud of one of my country’s most famous exports – the LEGO brick,” said Thomas Bjørn, European Ryder Cup captain. “The replica Ryder Cup created by the LEGO Group is an incredible feat of creativity and hard work. I am sure it will draw even more attention to the game and inspire new generations of both golfers and LEGO builders.”

During the week of the Ryder Cup, the LEGO trophy will on show at the West Championship Village. In exchange for a donation to the European Tour Foundation, the philanthropic arm of the European Tour, those visiting the tournament can snap a selfie with the brick trophy.

“As a Danish company, the LEGO Group is proud to see Thomas leading the European team this year and we feel privileged to have led this project, commemorating his achievement,” said Rasmus Dunn, Vice President of LEGO Retail Model Production. “This represents a huge effort from the team and we hope it will add to the Ryder Cup spectacle this week.”