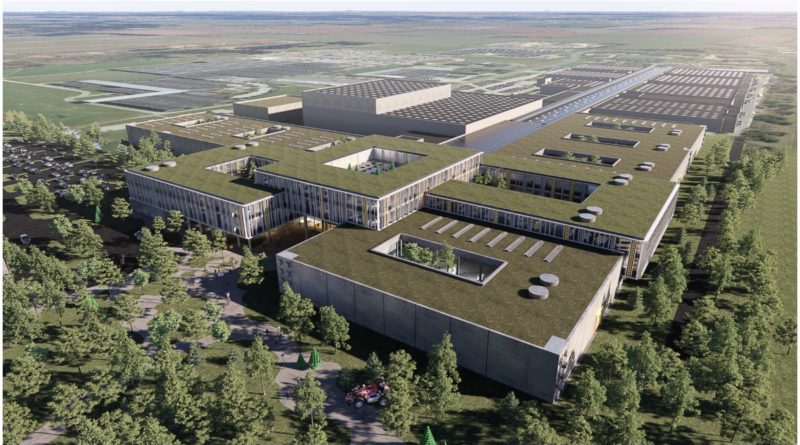 The LEGO Group has announced significant construction projects around its Denmark headquarters, with work due to begin next year.

According to a recent press release the LEGO Group will create a new structure known as “Kornmaken Campus”. This will connect the current LEGO factory with a new building covering 42,000 square metres. When combined with the space in the existing factory, this will result in a space covering 100,000 square metres. This will – in turn – house approximately 1,900 professionals.

In addition to this structure, the LEGO Group will construct a new office building in the heart of Billund (the town that the LEGO Group calls home). This so-called “Innovation Campus” will focus on product innovation and technology development.

The key benefit of the “Kornmaken Campus” appears to be consolidation. While several hundred people work onsite at Billund’s LEGO factory, other employees are spread across Billund instead. This campus will bring all of these disparate workplaces under one roof, including those researching sustainable materials.

The Innovation Campus building, meanwhile, seems to be fostering innovation. (Who could have seen that coming?) It appears this new building will allow the company to expand their product innovation and technology development workforces, although it may take some time for this initiative to bear fruit. Staff in this building won’t be able to move in until the end of 2025.

In keeping with other moves by The LEGO Group, Kornmaken Campus is being constructed with the environment in mind. Low-carbon steel and concrete will be used to construct it, and other factors like biodiversity protection are also reportedly being considered.

How will all this impact LEGO itself? It’s hard to say given the timespans involved. However, if we had to guess, it’s possible we’ll see a more diverse array of LEGO sets in the future.

The LEGO Group’s track record on innovation has been mixed recently. While the LEGO Super Mario theme has been a major success, other ideas (like LEGO VIDIYO) have been officially discontinued. No-one bats a thousand, but hopefully this construction project will give LEGO a greater success rate going forward.