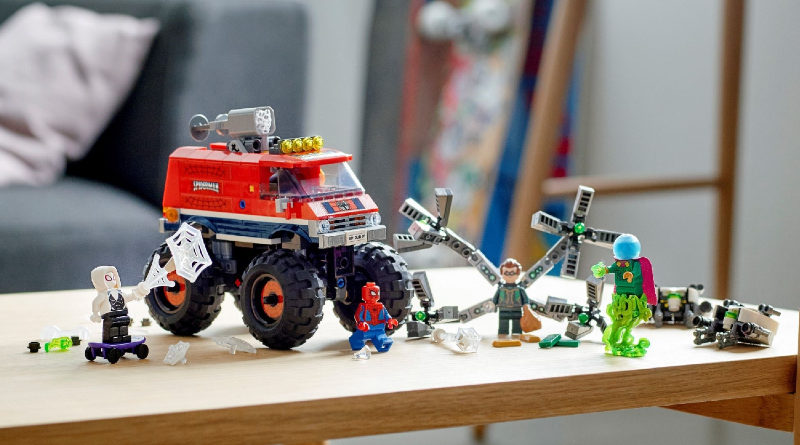 We know it, you know it, and now the LEGO Group has admitted that it knows it, too: you’re only buying Super Heroes sets for the minifigures.

The first images of the new LEGO Marvel Eternals sets appeared online yesterday, courtesy of a Canadian consumer catalogue. And in the product descriptions for the sets, the LEGO Group explicitly points out the characters that are exclusive to each one, with phrases like: “If you collect LEGO minifigures, this awesome set is the only one to feature Ajak and Kingo!” and “Plus… if you collect The Eternals LEGO minifigures, this set is the only one to feature Druig and Phastos!”

That ‘plus…’ isn’t fooling us. This isn’t some sheepish afterthought, like we’re all really here for the weird (and often lousy) models that accompany superhero minifigures, and the characters are just a nice bonus. Nobody’s picking up 76174 Spider-Man’s Monster Truck vs. Mysterio because they’ve been dying for a monster truck covered in Spidey emblems. But the LEGO Group pointing out each set’s exclusive minifigures proves it’s totally aware of that fact, too, and has just given up pretending otherwise.

Then again, perhaps this is just its way of trying to tempt adults – its favourite new market – with sets geared more traditionally towards kids. While we can sit here and cynically dismiss a Spider-Man-themed monster truck, it’s probably the kind of thing that younger fans would happily receive, build and play with. (Why else would the LEGO Group release it?) But now it’s specifically trying to make those sets appeal to adults, too, by pointing directly at the collectability of their characters.

And yet, whether it’s a tacit admission that their superhero sets are no great shakes for adult builders, or simply an attempt to reach a new audience through marketing lingo, the end result is the same: we can no longer pretend we’re picking up the vast majority of Marvel and DC sets (there are definitely some exceptions) for their intricate builds.

The LEGO Group has put it out there in the open, and now we all have to face up to the fact that we’re really just in it for the minifigures.