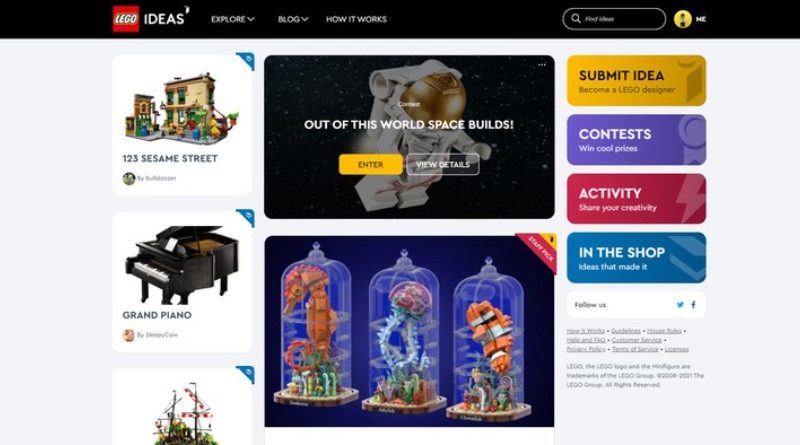 The LEGO Group has given the Ideas platform a makeover, while also introducing a new rule affecting project images.

You’ll immediately notice the changes by heading over to the LEGO Ideas website, which now looks streamlined and consistent across all its pages – refining what had become a cluttered design over the years.

As the platform’s Engagement Manager Hasan Jensen noted in a blog post announcing the facelift, the new look is intended to simplify the site and inject a little more consistency, whether in search results or on specific project pages.

You’ll also find a handful of minor functional differences: ‘community’ now falls under ‘explore’; projects are now showcased across three columns rather than four; there’s a ‘supporting’ flag on all the projects you’ve backed; and ‘followers’ and ‘following’ have moved to the left of the profile page.

Alongside these visual changes, the LEGO Group has added a new rule for creators: the main image for your project can no longer feature text, unless it’s part of a LEGO element as a print or sticker.

The aim is apparently to create a consistent aesthetic across the entire platform, which here means cleaner main images. You can check out a few examples in the image above. The new rule will come into force from Monday, February 22, but any current projects that feature text in the main image won’t be affected.