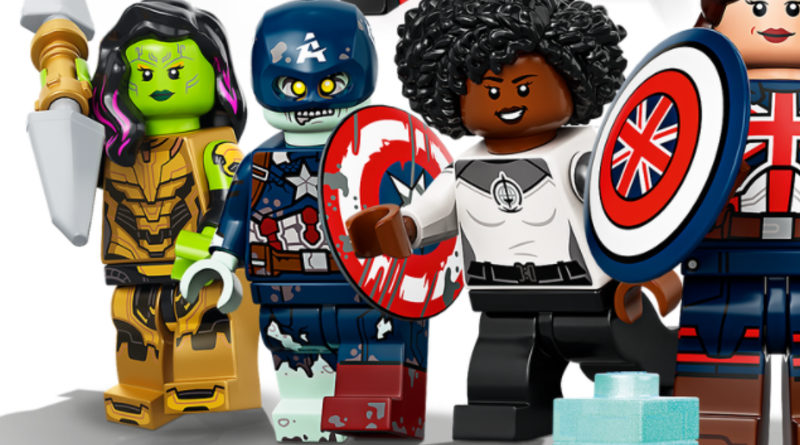 LEGO Marvel 71031 Marvel Studios not only brings a wide cast of Marvel Cinematic Universe characters to life in minifigure form, but it also marks the next appearance of the undead.

The LEGO Marvel Collectible Minifigures feature 12 unique minifigures, each with its own accessories and detailed prints. However, let’s turn our attention to one character in particular, who represents a division of minifigures who have been unseen in sets for five years.

Zombies are a topic that the LEGO Group has rarely touched outside of the Minecraft theme, with the last non-blocky undead minifigure appearing in Ghostbusters 75827 Firehouse Headquarters. As with the Zombie Driver character, Zombie Captain America features gory details such as peeling skin and a skeletal complexion, greatly differentiating it from the current LEGO Minecraft zombies.

The brain-hunting character may prove to be even more popular than the rest of the series because of its undead nature and the reusable nature of the head print in apocalyptic displays. LEGO Collectible Minifigures series appear to be a popular choice for debuting new zombie characters with both series one and 14 featuring them previously.

Those hoping to score at least one, if not more, of the Zombie Captain America minifigure and the rest of 71031 Marvel Studios will have their chance when they release in stores and online on September 1 for £3.49 / $4.99 / €3.99.