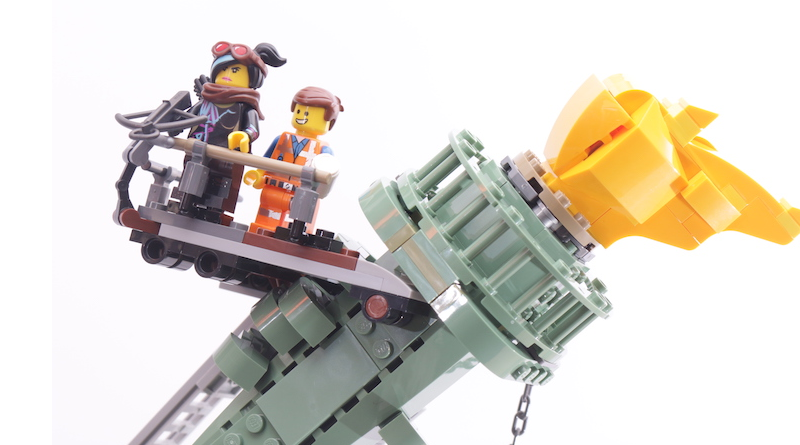 The LEGO Movie 2: The Second Part 70840 Welcome to Apocalypseburg reveals secrets of the dystopian city that fans won’t see on screen – here are five of them

Just a few days ago, shop.LEGO.com launched the latest exclusive set designed for the most dedicated fans – The LEGO Movie 2 70840 Welcome to Apocalypseburg. When the world is introduced in the film, it is as Emmet goes about his morning routine. With the camera following the chirpy Master Builder through the dystopian metropolis, many of the details that were packed into the location whiz by or are hidden behind other objects.

The very same LEGO designers who worked on the sets also worked on the film, so this 3,178 piece centrepiece set packs in plenty of movie accurate detail. Many of the neat little touches that fans will not see on screen are packed into 70840 Welcome to Apocalypseburg and Brick Fanatics has picked out five of them…

While Scribble Cop does make a brief appearance in The LEGO Movie 2: The Second Part, the audience does not get to see his workplace. Despite giving up his dual nature, it seems his penchant for picking chair remains – his office, at the base of the wrecked statue, features a chair-kicking function. It’s one way for Apocalypseburg’s law enforcer to let out pent up frustration, even if not the healthiest. 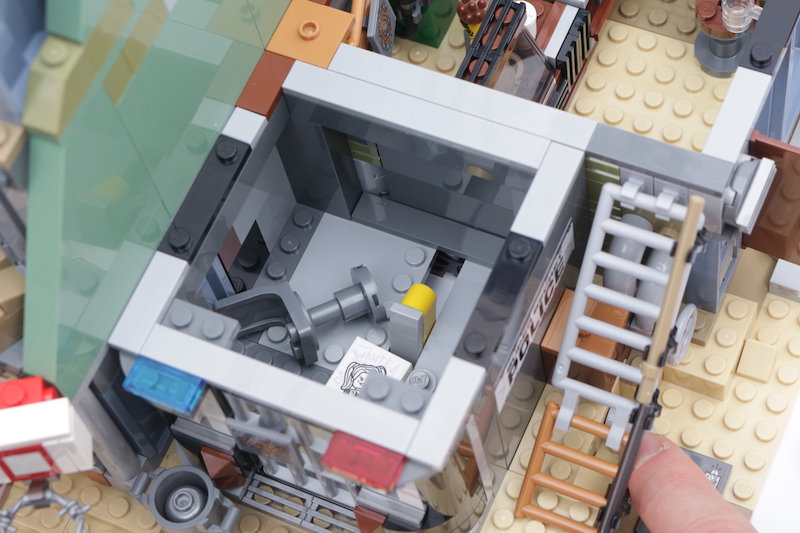 Right inside Lady Liberty’s head is a lookout tower, that does not appear in the film but is accessible in 70840 Welcome to Apocalypseburg. It includes a telescope, allowing the residents to watch out for DUPLO invaders, a map for noting down enemy sightings and space for a minifigure to sleep, should they need to spend the night on watch duty. 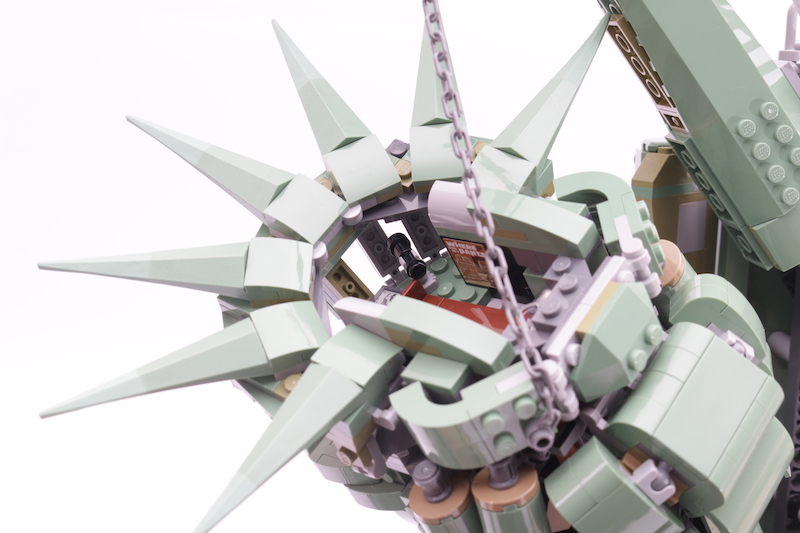 One of the most striking designs in The LEGO Batman Movie was the Dark Knight’s new ride, 70905 The Batmobile. In a nod to his last LEGO adventure, parts of the vehicle are visible in this set, having been used to build part of Batman’s area. The brooding hero also has boxes of Bat Merch lying around, ready to distribute to his dusty but still presumably adoring fans. 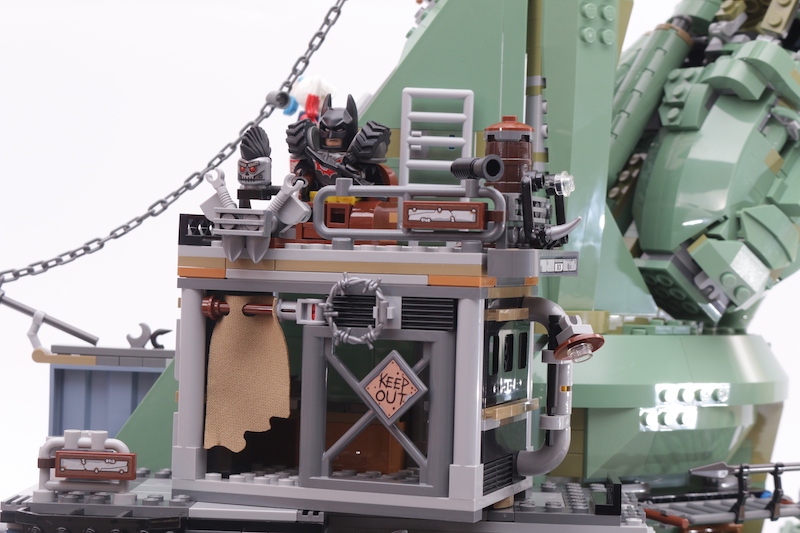 While there are a few references to the events of The LEGO Batman Movie, the characters from The LEGO NINJAGO Movie do not show up in The LEGO Movie 2. That does not mean that the film or its setting does not exist, as 70840 Welcome to Apocalypseburg demonstrates. A tired looking poster advertises NINJAGO City as a tourist destination, offering some nice synergy between the various films in the series. 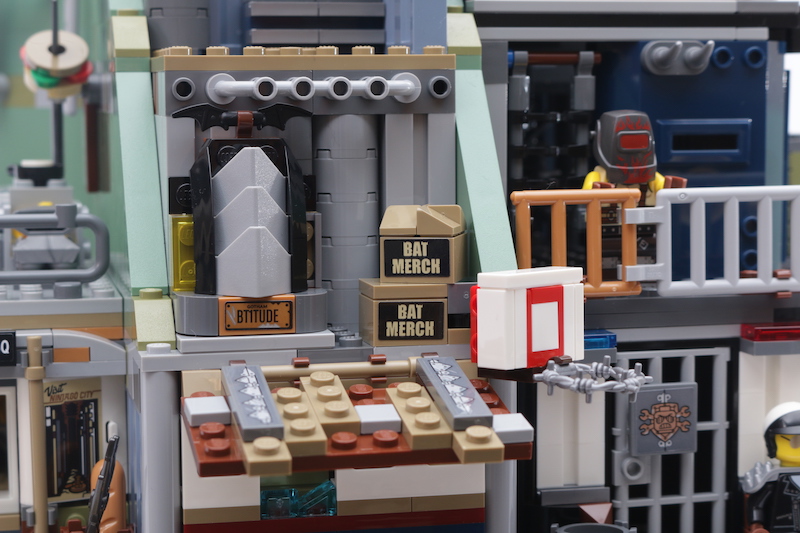 Is a hot dog about the shape, or the texture? Apparently the shape, as this bun contains a metal spear rather than a sausage. Clearly it is more appetising than the egg that Green Lantern is ignoring. The film doesn’t visit this location, with the only eatery in Apocalypseburg shown on screen being the one Emmet had constructed below his new house. 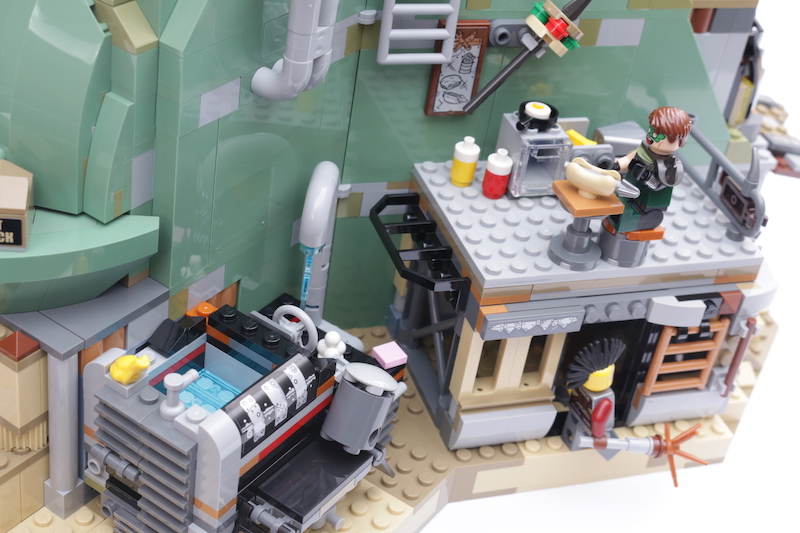 There are even more references, Easter eggs and delightful touches to be found in The LEGO Movie 2 70840 Welcome to Apocalypseburg, but to reveal them all here would spoil the joy of discovery as the set is built. To find out just how highly Brick Fanatics recommends this set, check out the review.

The product in this feature was provided by the LEGO Group.

70840 Welcome to Apocalypseburg is available now at shop.LEGO.com. You can help support Brick Fanatics’ work by using our affiliate links.