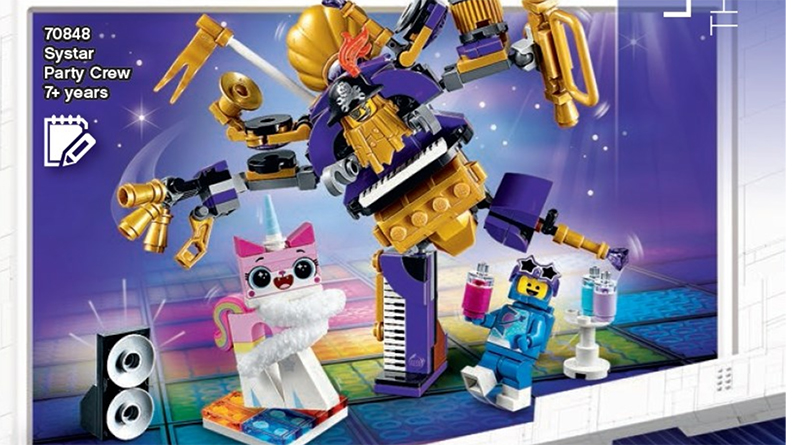 In a new upcoming set from The LEGO Movie 2: The Second Part, 70848 Systar Party Crew, characters will be dancing to Catchy Song.

The LEGO Movie 2 70848 Systar Party Crew will be released in August along with 70849 Wyld-Mayhem Star Fighter and 70847 Good Morning Sparkle Babies!, expanding the film based theme even further. Brickset has directed fans to a catalogue that reveals the upcoming sets, that seem to be based on parts of the movie that would have been considered spoiler territory when it was released.

70848 Systar Party Crew includes Benny, Unikitty and MetalBeard. They are in their party outfits, that are seen in the film after they have visited 70837 Shimmer & Shine Sparkle Spa and are dancing to Catchy Song. As he observes in the film, MetalBeard’s leg is a piano. Fitting with his love of space, Benny is sporting star shaped sunglasses and Unikitty wears a fancy boa. 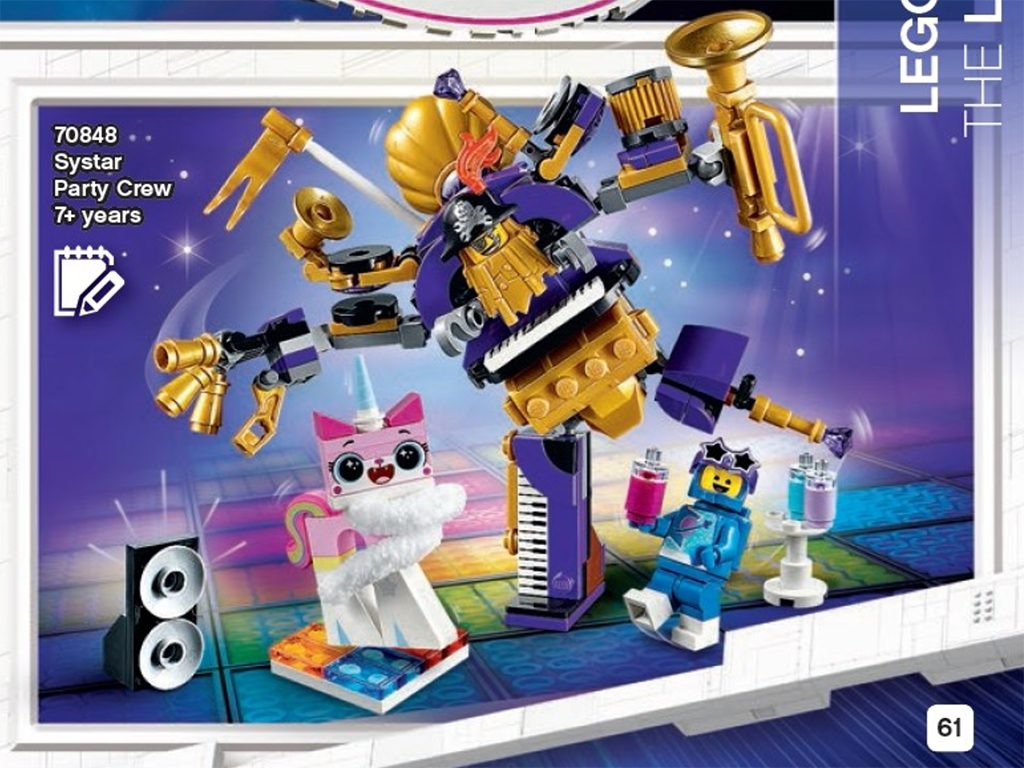