New sets from The LEGO Movie 2: The Second Part have been revealed, including 70849 Wyld-Mayhem Star Fighter.

There may have been have a healthy selection of The LEGO Movie 2: The Second Part sets released already this year, but more are on the way in August. 70849 Wyld-Mayhem Star Fighter has been revealed in a LEGO catalogue shared by Brickset. The set is based on the climax of the film, when the characters must team up to rescue Emmet from Rex Dangervest. The set builds the spaceship that Lucy pilots when she is determined to save Emmet from beneath the washing machine. 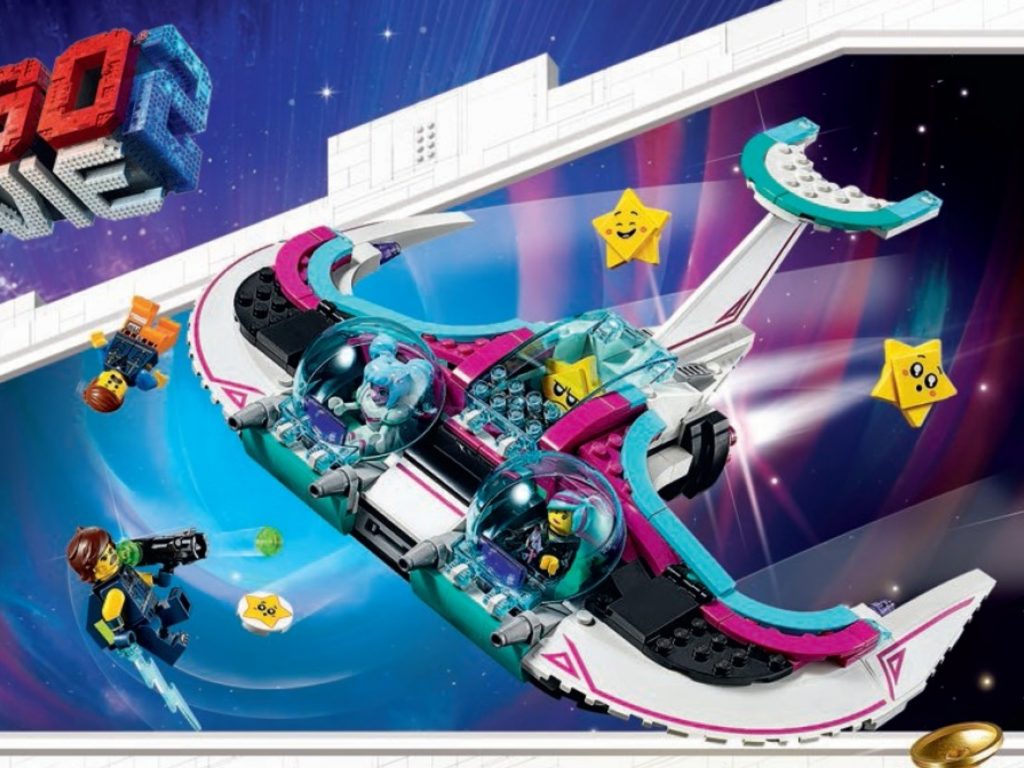 Given the extensive range The LEGO Movie 2: The Second Part already has, it may have seemed as though few characters remained to be released or changed, yet in this set Emmet features the outfit that Rex gives him before the duo embark on their mission. New expressions are featured on some of the stars in the set, too.