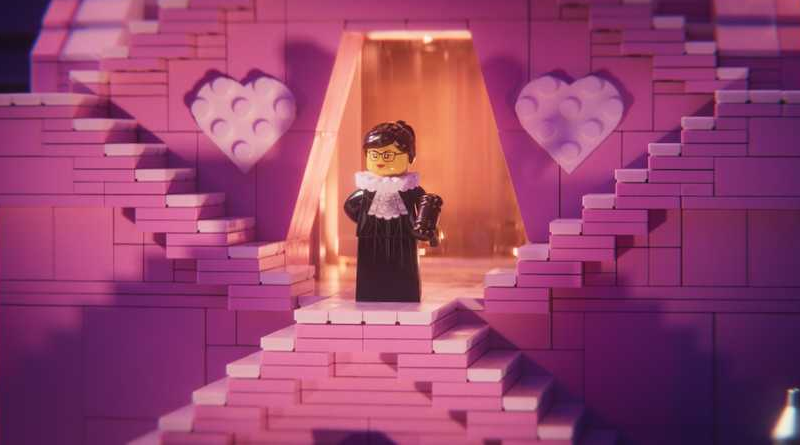 US Supreme Court Justice Ruth Bader Ginsburg has a cameo role in The LEGO Movie 2: The Second Part.

The LEGO Movie 2: The Second Part already has the Justice League among the huge cast of supporting characters, but now Supreme Court Justice Ruth Bader Ginsburg will also be joining the world of minifigures.

“These movies are so full of surprises. And we were thinking, ‘Who’s the last person you would think to see in a Lego film as a minifig?’ Ruth Bader Ginsburg!” director Mike Mitchell told USA Today. “And we’re all huge fans. It made us laugh to think of having her enter this world.”

She will turn up in the Systar System, according to the filmmakers. “We just were trying to think of people who should be immortalized in Lego and who seem fun at weddings,” said producers and screenwriters Phil Lord and Chris Miller.

When they asked for permission, Ginsburg was quick to oblige. “She said, ‘Of course, I’d love to be a Lego figure. That would be cool,’ ” Mitchell said. “There will be a real Ruth Bader Ginsburg toy that boys and girls can play with. It will even come with a gavel.”