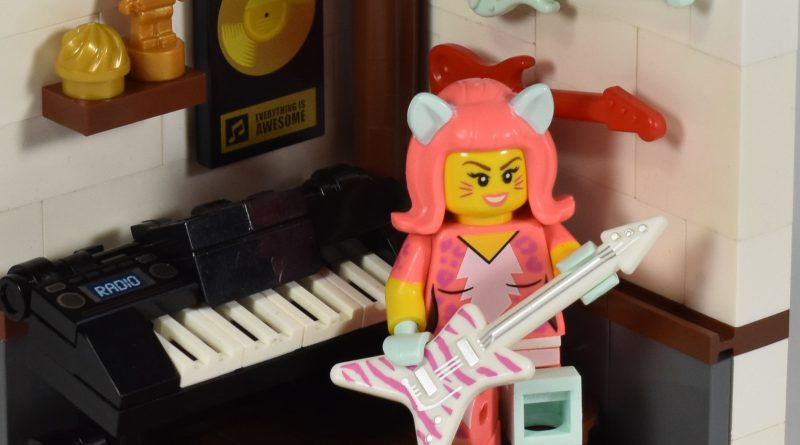 Brick Fanatics presents a series of vignettes based on The LEGO Movie 2: The Second Part Collectible Minifigures series – Kitty Pop is back in the studio working on her next album

I noticed that she was the only minifigure with an instrument out of the musical characters – so I decided she must be the one who actually has any musical talent, and built her a studio to work out of. You’ll notice she is displaying the golden record, I figured she deserved it. 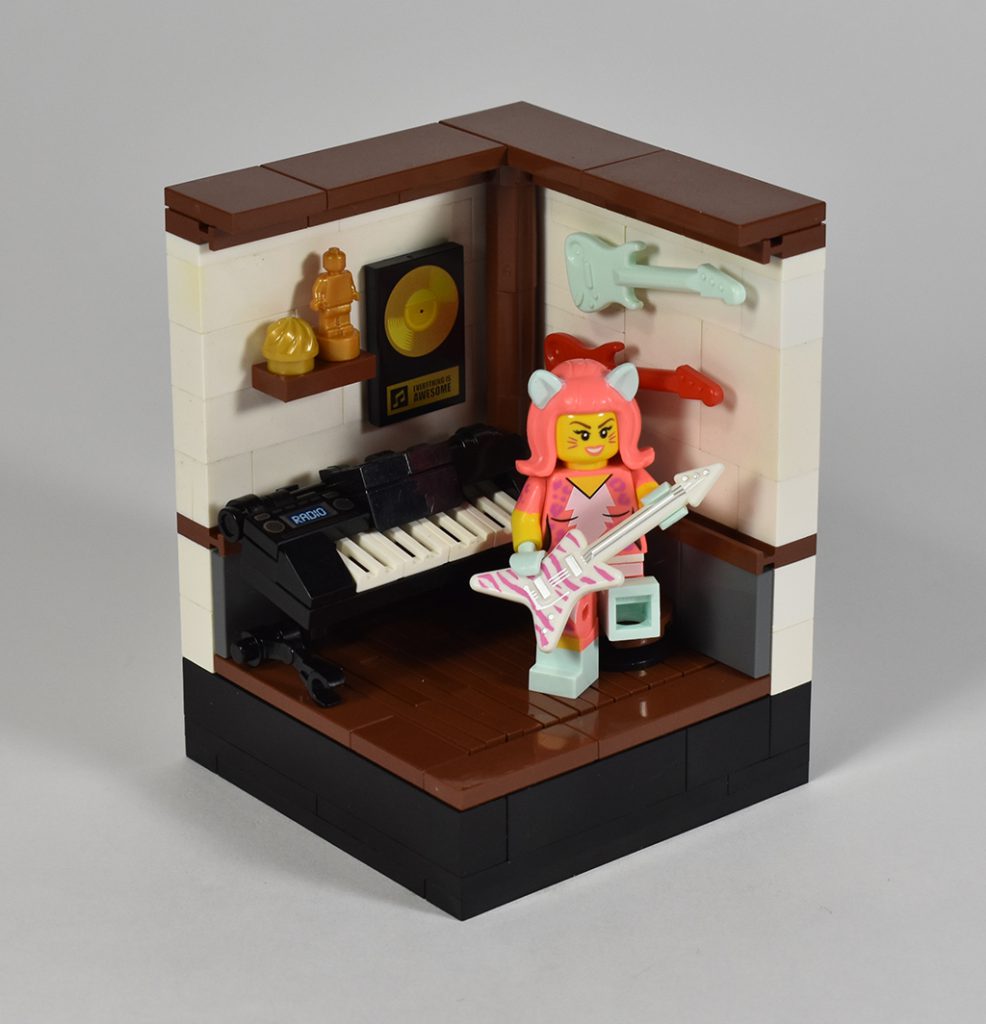